Beer and shrimp are best buddies. Add in some basil and you pretty much have the best shrimp marinade ever.

Shrimp are very tender and juicy on their own so if you marinate them it isn’t to tenderize them. It’s too give them some extra flavor. Go ahead and choose bold flavorings for your shrimp marinade. Lemon and lime juice are both great choices for the acid. Garlic is always good good good. Some minced jalapeno and some coconut milk, amazing. There are so many directions to go.

For this shrimp marinade, I was looking for something new and exciting to try. I turned to my trusty Flavor Bible (do you know this book? It’s incredible for coming up with new recipe ideas. It lists every food ever and then tells you what foods and flavors go with it. I always have it within arm’s reach and use it daily) and looked up Shrimp. A lot of the usual suspects were there. But then I spotted beer. Of course! Like Beer Battered Shrimp! Those flavors do work well together. Right near beer in the list of foods that go with shrimp was basil. I could already taste this. Those shrimpies’ fates were sealed.

I had planned to start really basic with this recipe, test it out and then maybe add in some other ingredients in the second round. But it was so darned good the first time that I did it exactly the same way the second, third and fourth time.

Here’s what you do to make this delicious (delicious!) marinade. Pour beer (a lager, something light but flavorful) into a bowl and add some olive oil, torn up basil leaves and salt. That’s it. Then in go the shrimp.

OK, enough babbling. Here it is. The best shrimp marinade. You’re seriously going to love this one. 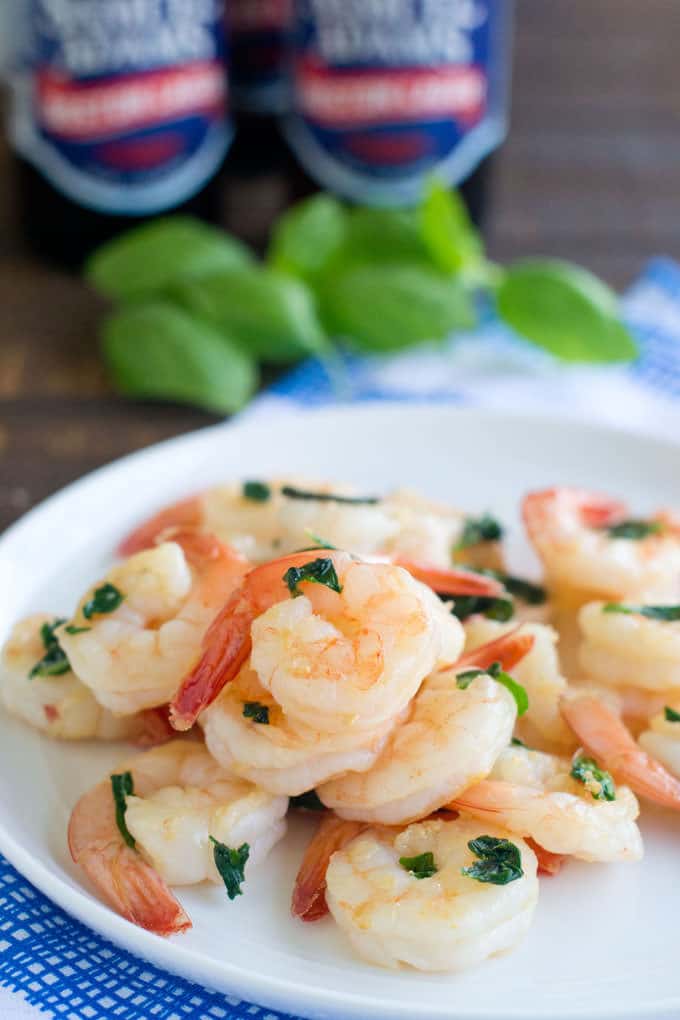 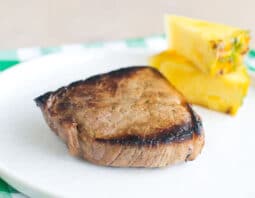 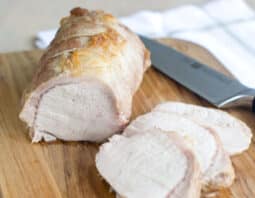