This Breakfast Shepherd’s Pie has a meat and egg filling and a crunchy hash brown top.

Everyone I know makes shepherd’s pie a bit differently but there are two things that are always the same: ground beef and mashed potatoes. Some people mix peas and carrots into the beef, others throw in corn. I’ve seen it all!

The first thing that you should know is that instead of mashed potatoes, I use classic breakfast potatoes: hash browns. Hash browns are very much the breakfast potato of choice in our house and they are a staple in diners and kitchens throughout the country.

The second thing about this breakfast shepherd’s pie that you’ll find different is that it calls for ground sausage instead of ground beef. We wanted it to be similar to the original, yet more like a breakfast dish. So enter sausage, stage right.

Also, we added eggs which fluffed up in the ramekins with the sausage mixture. After all, what is breakfast without eggs?

This recipe requires you to be pretty strategic with the timing. You want to get your hashbrowns going first and then while they cook (since they take 15 minutes for each side) you can work on cooking the onions and garlic, browning the sausage, cracking and mixing the eggs with the milk and cheese, etc.

One thing about this recipe that you should not skip is removing the extra moisture from the shredded potatoes by placing them in between two paper towels. You might have to do this a few times to really get it all out.

This post originally appeared in March, 2016 and was revised and republished in April, 2018. 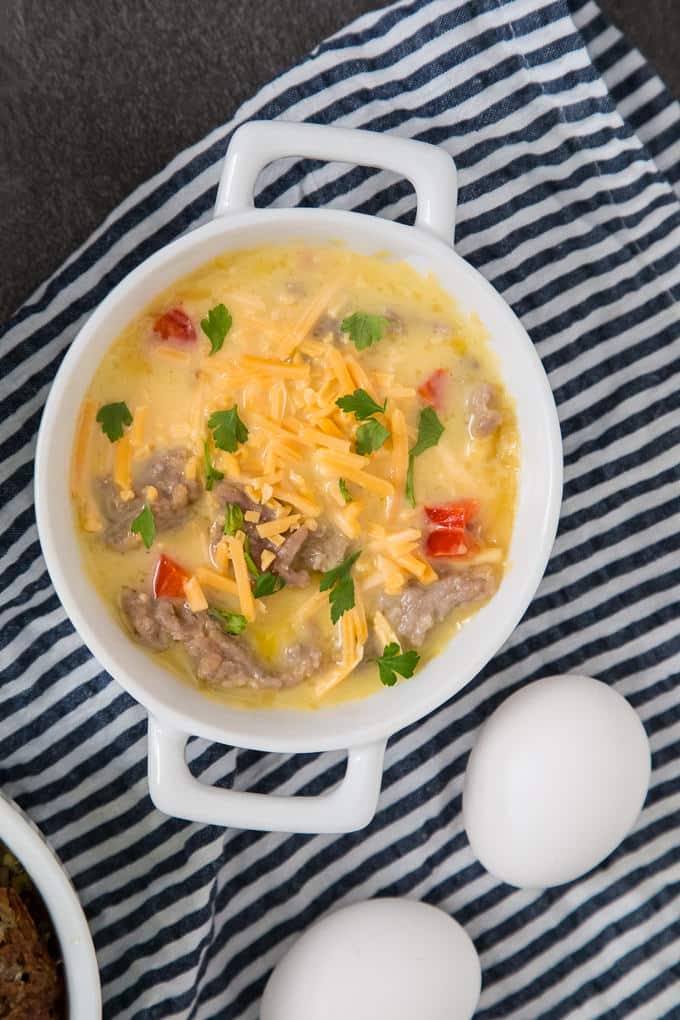 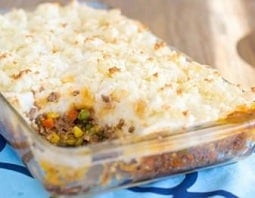 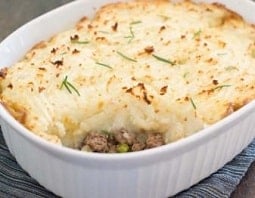