Cheesecake Tarts are my favorite no-bake dessert to make for several reasons. One, they’re no-bake (except the fillo shells might need a couple minutes), two, they only have 5 ingredients that mix up in almost no time, and three, everyone loves them.

I don’t even need to pull out the recipe for this pretty dessert to make it. For two reasons. First, I’ve made it so many times that I have the recipe memorized. Second, the recipe was a breeze to memorize because it has so few ingredients!

There are only 5 ingredients, in fact. And the steps to make them only take a few minutes.

The Ingredients for the Cheesecake Tarts

All you do is mix together a package of room temperature cream cheese, some sweetened condensed milk, orange zest, and vanilla. Then you put that into a large ziplock bag and cut a bit of a corner off the bag. Pipe the cream cheese mixture into store-bought fillo shells (I buy these ones in the freezer section of my grocery store near where the frozen pie crusts and puff pastry are found).

Are the Fillo Shells Really No-Bake?

The packaging of the fillo shells says that you don’t have to bake them. Just defrost them by setting the box on the counter for 10 minutes and then fill them. They’re fine that way. However, they’re better (crisper) if you bake them for a few minutes.

How to Bake Fillo Cups

According to the fillo shell box, to bake them you put the frozen shells on a baking sheet. Then you put the baking sheet into a 350°F oven for 3-4 minutes. Let them cool on the counter. Transfer them to a serving plate before filling them up.

What Fruit Garnishes to Use

You can serve the cheesecake tarts as-is or you can garnish them with fruit. In the picture above, I used a few pomegranate arils per cup. They looked really pretty and very festive. I’ve made them with one raspberry per cup, which was also very pretty. They’re also really festive with a half segment of mandarin orange. I think blueberries would also be great but then I’d be tempted to use lemon zest instead of orange zest because lemon and blueberry go together so deliciously well.

I really hope you give these little tarts a try. They’re always well-loved by my guests and I’m sure you’re going to love them too, both because they’re tasty and because they’re so quick.

This post originally appeared in December 2019 and was revised and republished in November 2020. 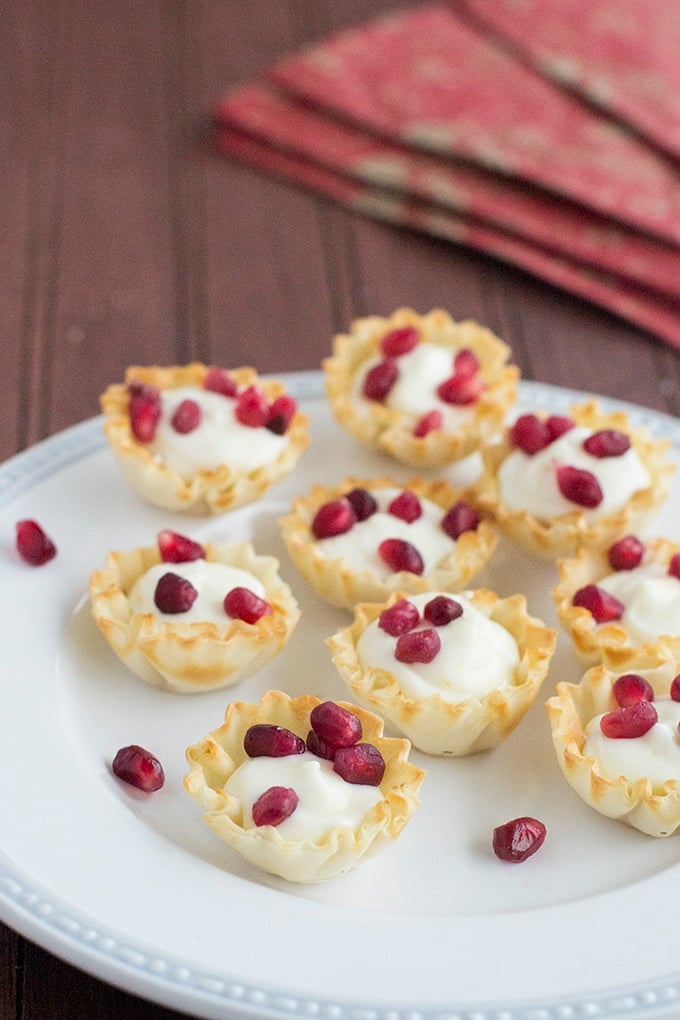 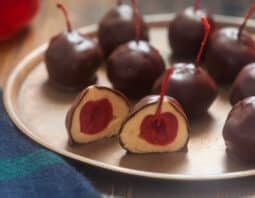 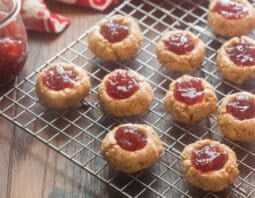