There are a bazzillion recipes for stuffed peppers out there, every variation imaginable. But sometimes you just want the mom-style comfort of the classic. Here it is. Beef, rice, tomato sauce, cheese, good. 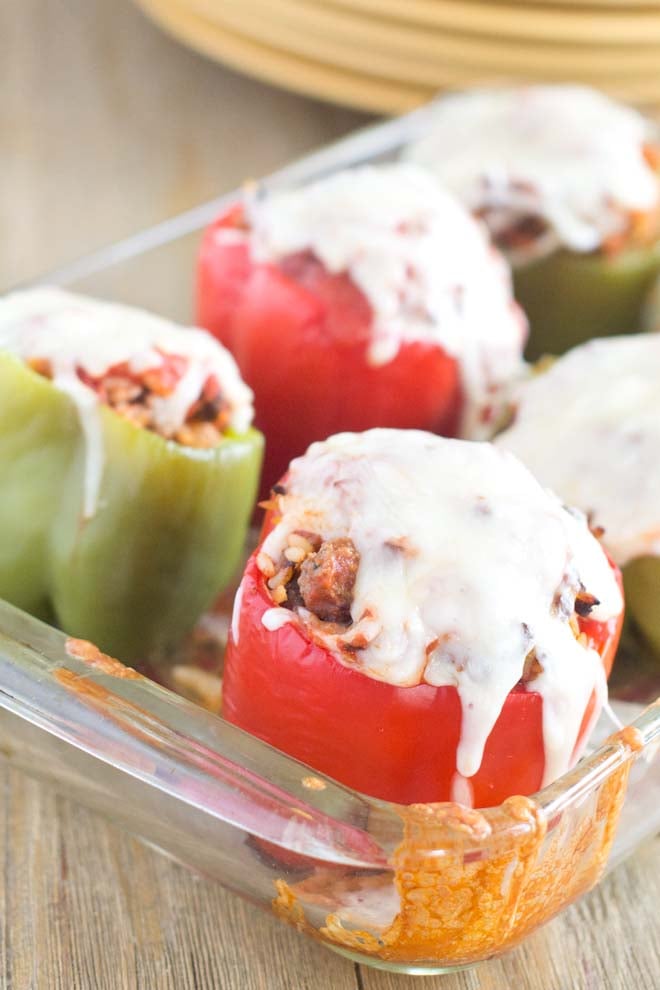 OK, so I’ll just tell you straight out that I was never a fan of traditional stuffed peppers. I liked how they tasted. Sure. But they were a pain in the ass to make.

You have to cook rice, cook beef, mix it together. Then hollow out the peppers, put it all in there and then wait for, like, ever until the peppers are cooked and softened and everything is heated through. Instead of all that, I developed a quicker way to make peppers (basically, I cut them in half rather than keeping them whole and then make a filling out of raw meat, seasonings and cheese. The meat cooks through with no problem in the shallow pepper boat. Find out more about that method here).

But if you’re craving classic stuffed peppers, then you need to do it the long way. There are a few short cuts though.

Classic Stuffed Peppers, with a few handy shortcuts and lots of tips from #thecookful