Candy apples done up like a German chocolate cake. These are too good to believe. You’ve gotta try these!

Okay, it’s time to step up your candy apple game. The best way to do it? Duh… add chocolate! We got inspired by German Chocolate Cake and slapped some toasted coconut and pecans on the outside of our chocolate-covered caramel apples. But you can feel free to experiment with your own toppings (raid the Halloween candy aisle, stat! Ohhhh…and do check out these 10 Candy Bar Topping Combos for inspiration).

With these candy apples, we’re going to be total pros and make our own buttery caramel and even temper some real dark chocolate. Don’t worry; with your trusty candy thermometer by your side, you’ll have these babies ready in no time (And if you suck at tempering, we’ve got a quick-fix cheat for you!). Look at you, with your fancy-schmancy candy apples!

This post originally appeared in October 2015 and revised and republished on September 2016. 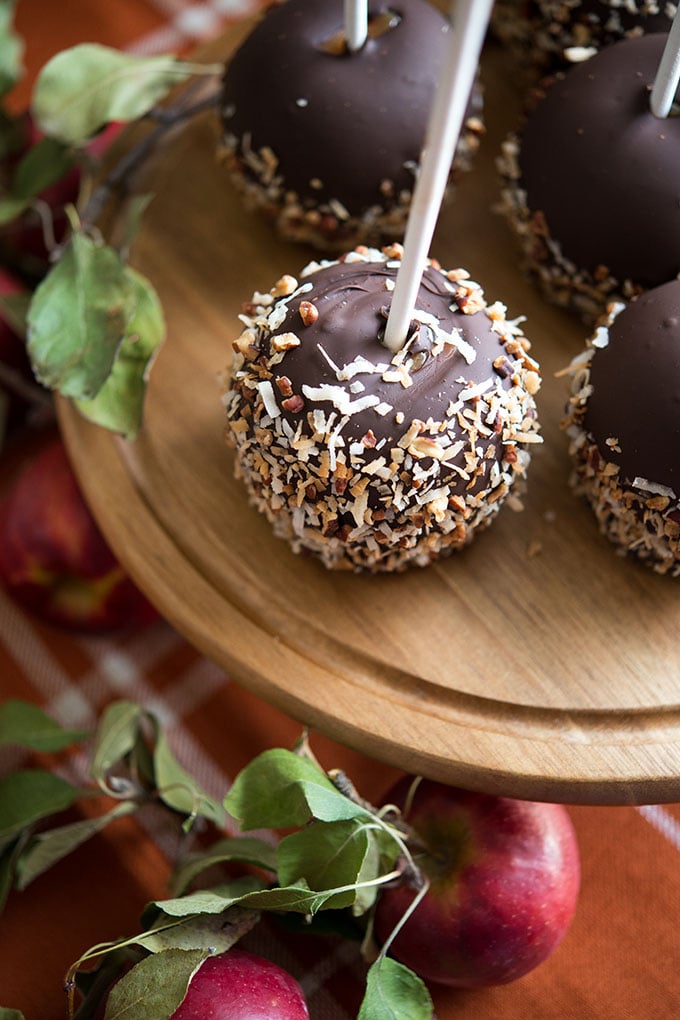 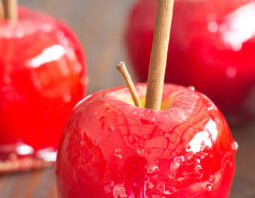 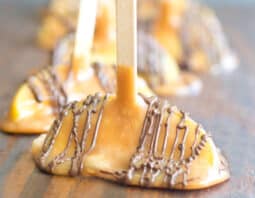