You won’t need an excuse to add Greek Keftedes to your menu. One taste of these Greek meatballs and your family will ask for them all the time.

Greek Keftedes are different from traditional American meatballs as they are lightly dusted in flour before frying which creates a light crust while keeping the meatball juicy inside. Instead of serving them in a traditional Italian sauce or a gravy, they are served un-sauced with tzatziki sauce on the side. You dip the meatballs in the tzatziki rather than having the sauce poured over top. (You can grab our recipe for Homemade Tzatziki Sauce here.)

What are Keftedes Made of?

You can use a variety of ground meat for the mixture, we’re using beef and pork, but including fresh mint is key to giving them their authentic flavor. The meatballs are also seasoned with red onion, garlic, and parsley. The longer you let the meat marinate, the better the flavors incorporate.

I highly doubt you’ll have leftovers but if you do they are traditionally used to create a new dish with a tomato-based sauce and orzo or they’re added to soup. 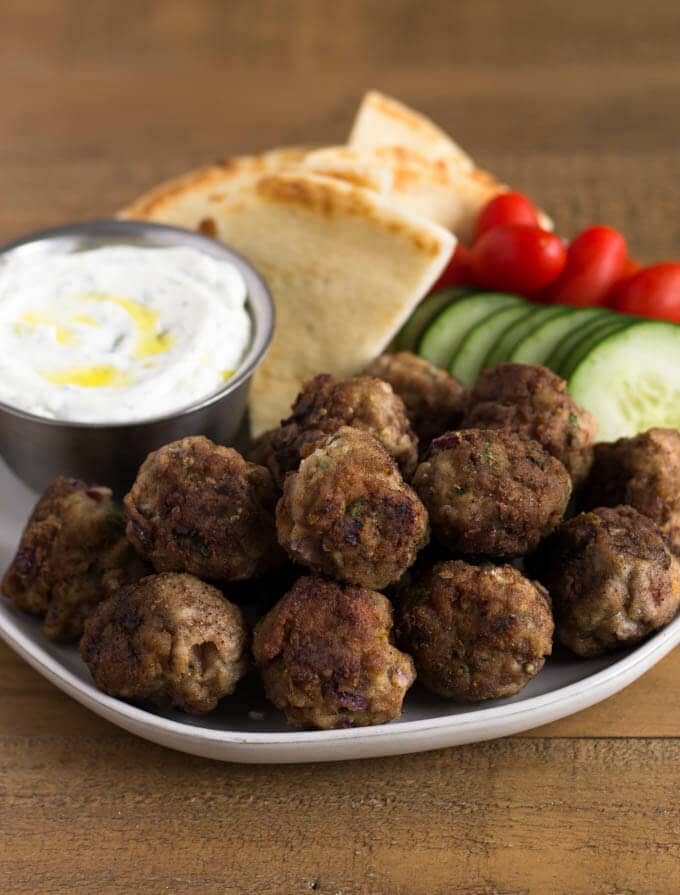 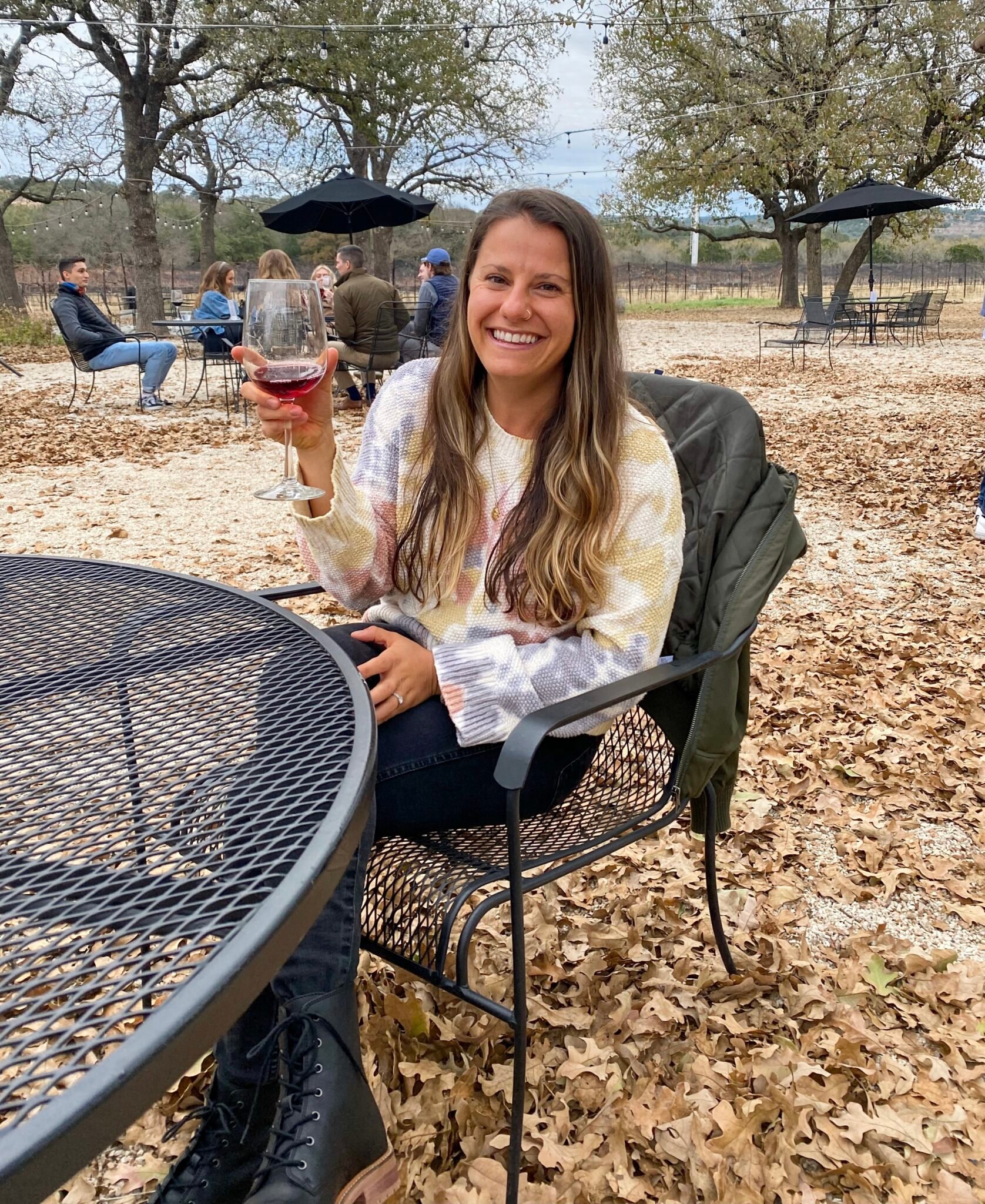 Kelly is the girl behind Eat the Gains, a food and fitness blog dedicated to providing wholesome and delicious recipes that fuel both workouts and everyday life. She is also a nutrition and CrossFit coach and runs a meal prep delivery service in Austin, TX. Her favorite color is orange and she has never met a vegetable she didn’t like - if you know, send it her way!

How to Make Meatballs 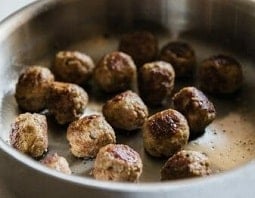 How to Bake Meatballs 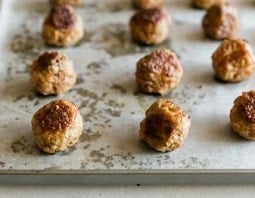