These Greek Lemon Potatoes are browned and tender and make a fantastic side dish to all sorts of meals.

Greek Lemon Potatoes are well-loved throughout Greece and beyond for good reason. Not only are they immensely flavorful on their own, but they pair so well with a variety of roasts, fish, and other mains.

What Are Greek Lemon Potatoes?

Greek Lemon Potatoes (known as patates lemonates in Greece) are among the most popular side dishes in Greek cuisine. They’re potato that have been roasted with lemon juice, olive oil, chicken broth, and sometimes other complementary flavors such as garlic, oregano, and even mustard. The broth mixture absorbs into the potatoes as they cook until they are creamy and vibrantly flavorful on the inside and crisped and golden on the outside.

Which Are The Best Potatoes To Use?

Waxy potatoes, such as Yukon Gold, are an excellent choice for this dish as they remain firm as they soak up the flavorful liquid and crisp up nicely. However, if you prefer a fluffier texture for your potatoes, you might choose a baking potato, such as russet potatoes.

How To Get Crispy Potatoes

In my recipe, we’re browning the potatoes on the stove first, which creates a caramelized crust that the oven just can’t achieve.

The problem I’ve found with this method is that not all of the liquid evaporates and so there is always too much humidity in the oven to allow the potatoes to brown properly. Turning on the broiler to finish the job, which is often the solution other recipes call for, only burns the delicate lemon and herbs. (And creates a mess of the pan.)

I’ve tried several recipes, and they just don’t work for me, not even the NYTimes recipe. The sugars and other compounds in the lemon juice become burned and bitter, and garlic and herbs burn as well.

The Solution For Perfect Lemon Potatoes

By only browning one side of the potatoes in the pan on the stove, the other side can soak up all of the chicken stock and lemon juice flavors as they bake in the oven. Best of both worlds – a little crispy and totally tender.

The lemon zest, garlic, and herb mixture that’s added after the potatoes come out of the oven blooms in the warm oil that’s left in the bottom of the pan after baking, bringing a bright lemon flavor (that’s not bitter), and fresh garlic and herb flavor (that isn’t burned) to the dish.

With oregano, it’s Greek lemon potatoes. If you use thyme, it could be considered French. With parsley, Italian or American. Add any fresh herbs, and if you don’t have fresh, dried can be used (sparingly).

Is It Safe To Cook Acidic Food In Cast Iron?

You may have noticed from my photos that I made my Greek potatoes in my trusty cast iron skillet. If you then thought, “oh no, what about the acid from the fresh lemon juice?”, don’t worry.

If your cast iron is well seasoned, this won’t be a problem. The lemon juice is diluted by the stock and won’t be simmering for an extended time. You should store any leftovers in an airtight container and not store them in the pan.

No cast iron skillet? Check that whatever pan you’re using is oven-safe to at least 400°F. Alternatively, you could move your browned potatoes into a baking dish before adding the liquid and baking. But then there’s an extra dish to wash.

What To Serve With Lemon Potatoes

These potatoes pair wonderfully with all kinds of roasts, such as Roasted Leg of Lamb or Air Fryer Whole Chicken, as well as seafood mains like Baked Haddock with Onions and Herbs or Roasted Side of Salmon. In addition, many people like to serve a cool, creamy Tzatziki sauce for dipping.

Greek Lemon Potatoes should stay fresh, covered in the refrigerator, for 3 to 5 days. They also reheat rather well: just arrange the fully cooked potatoes on a parchment-lined baking sheet and heat in a 350°F oven for 8 to 10 minutes or until they’re heated through. 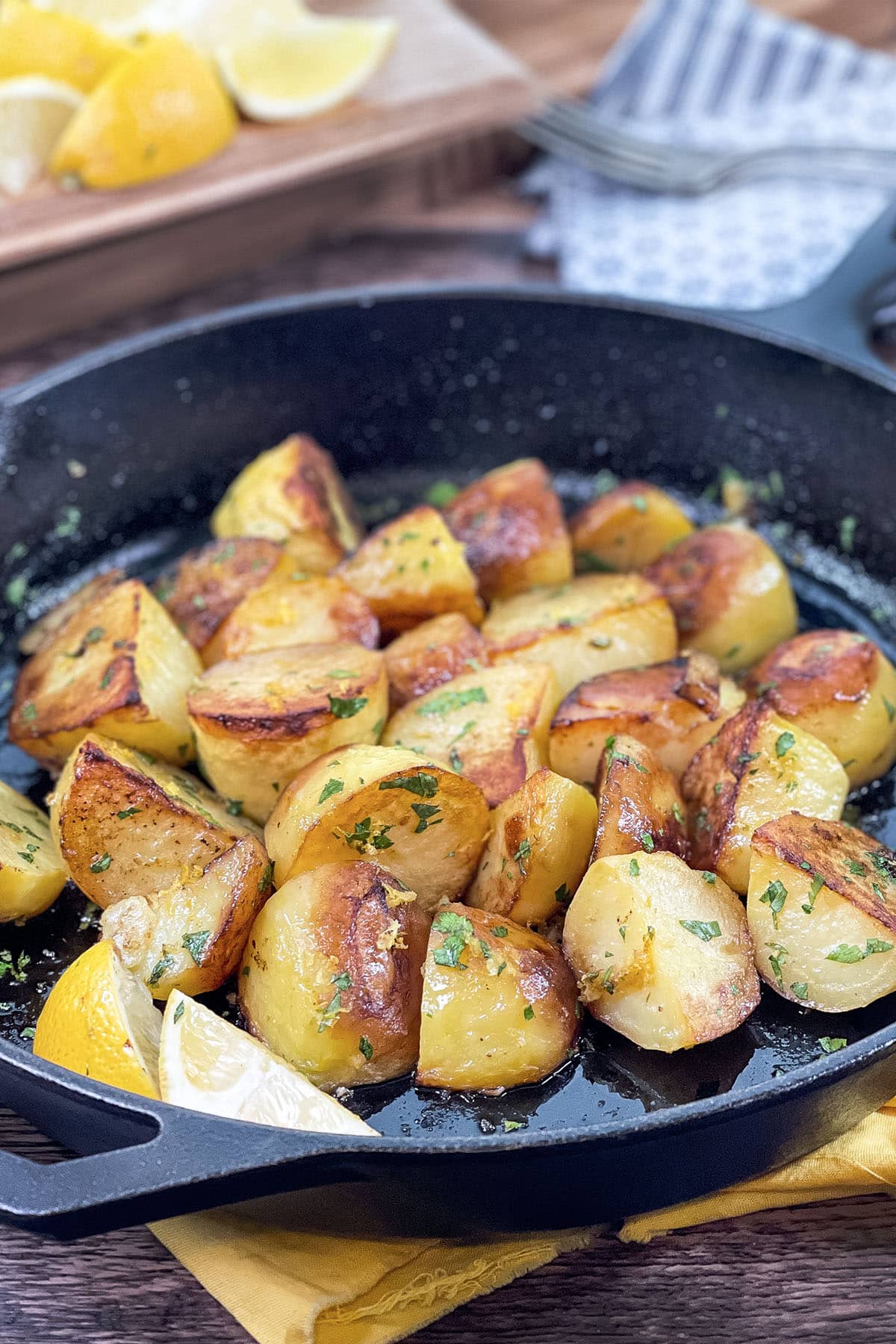 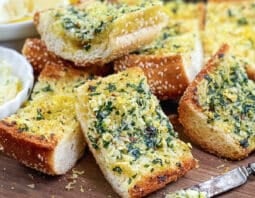 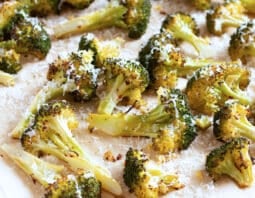