You can eat Italian without the guilt of all those carbs. We have a rollatini recipe that features eggplant, kale, cheese, sauce and all kinds of good ingredients.

The other day we told you about ways to use a handful of kale here and there in your meals. The idea is that you can buy a big bag of chopped kale and then add it to everything, boosting the flavor and health of your meals, and getting you through that potentially dauntingly big bag. Here is another idea along those lines.

Get more information on this Kale and Eggplant Rollatini below or click here to head straight to the recipe.

Rollatini is an Italian dish that usually includes thinly sliced eggplant rolled up with tomato sauce, cheese, and various other fillings. We’ve added kale to our filling and then used it to fill the eggplant roll-ups. You can add kale to any filling like this, think of your ricotta mixture for lasagna or stuffed shells, and make your Italian meals healthier than ever.

Do I Need To Salt The Eggplant?

Lots of the time, eggplant recipes will have you salt the eggplant slices and let it rest before using it in the recipe. Why? It supposedly makes it less bitter and helps to draw out excess moisture so that the eggplant can sponge up all the delicious flavors you’re using. I discuss this a little further in this Air Fryer Eggplant recipe.

However, I haven’t found it to make a big enough different in my cooking to warrant the extra time it takes. If you really want to, you can sprinkle the slices of eggplant with salt and lay them on paper towels. Let them rest for 10-20 minutes, then pat them dry and wipe off the excess salt before proceeding with the recipe below.

Tips For Eggplant Rollatini With Kale

This recipe is courtesy of Produce for Kids. I photographed it for them for their website earlier this year and I tell you, it was one of my all-time favorites from them. Healthy and yet so hearty and satisfying. I hope you like it as much as I do. Enjoy!

Love this recipe? I’d appreciate it if you could scroll down and add a *5 star rating* to help others know they’ll love it as well!

Recipe courtesy of Produce for Kids.

Disclosure: I have an ongoing working relationship with Produce for Kids where I photograph their recipes, develop some recipes and promote that work on my blog COOKtheSTORY and in social media. I have not been compensated to share or promote today’s recipe. I just really like it and asked them if I could use it as part of our kale series. They said yes. All opinions are my own.

This post originally appeared in December 2016 and was revised and republished in February 2023. 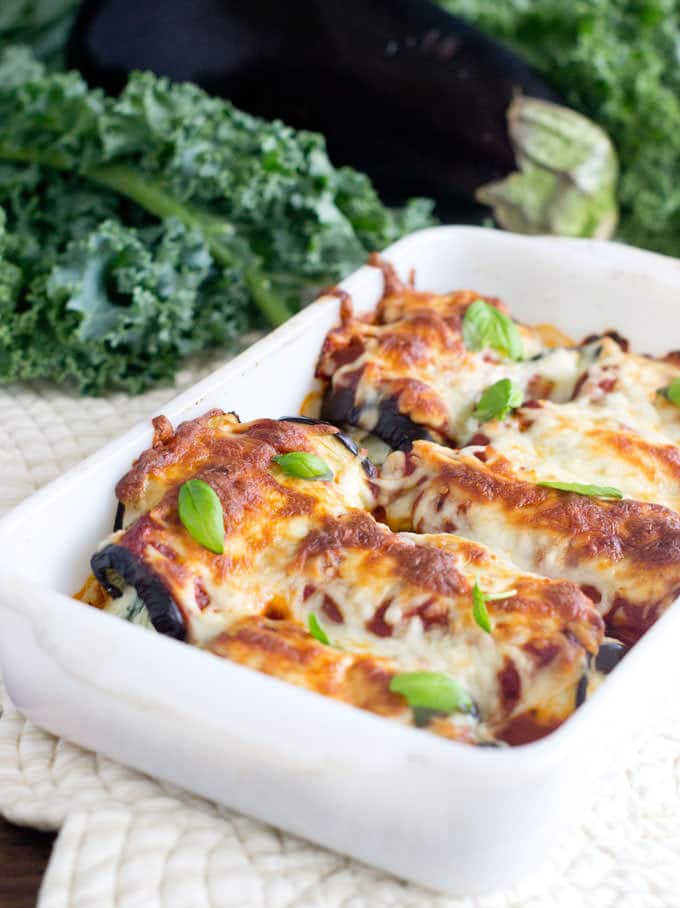 How to Prep Kale for Salads 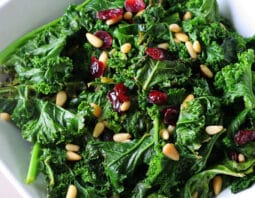 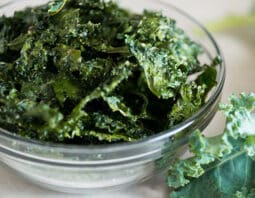