Instant Pot Baked Potatoes is one of the most delicious and convenient ways to bake a potato. 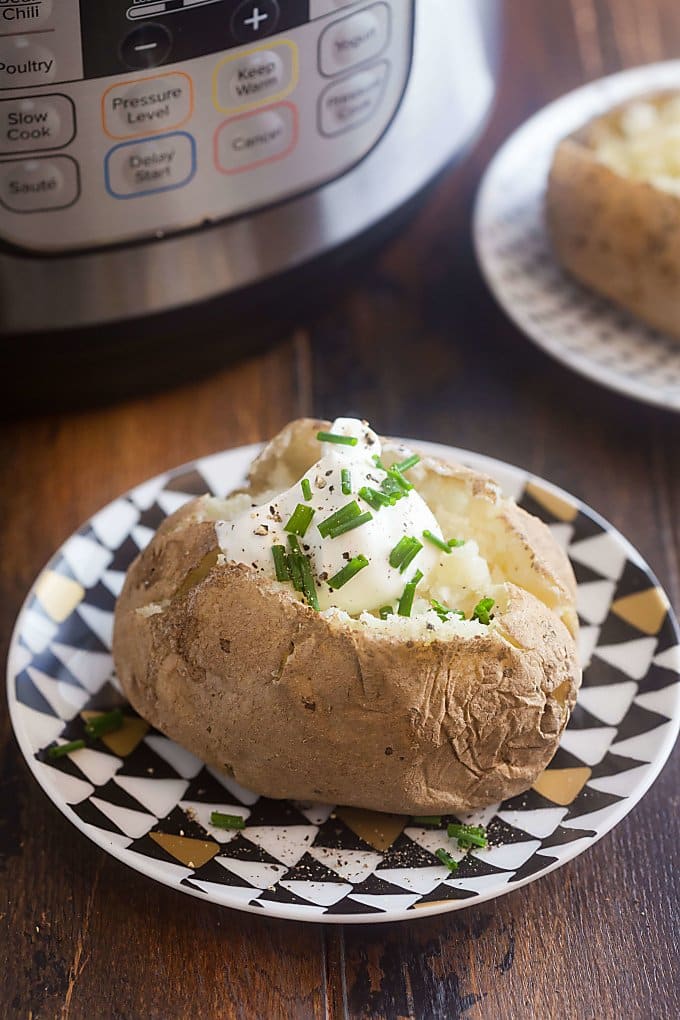 In our series on Baked Potatoes, we’ve discovered that it’s possible to get a tasty, fluffy potato in a variety of ways. You can go the traditional route and do it in the oven, or you can do it in the microwave, or the slow cooker, or the air fryer, or the grill. One of my favorite ways to make them, though, is in the Instant Pot.

Why Make Baked Potatoes in the Instant Pot

Potatoes cook quicker in the Instant Pot than they do in the oven, but they still turn out fluffy in the middle, and the skins are even a bit crisp. Using the Instant Pot therefore saves time but you don’t lose quality.

How to Cook Baked Potatoes in the Instant Pot

To start, poke holes in the potatoes. You can use a fork or a paring knife for this. The reason to do this is that there is a lot of water in potatoes and as they heat, that water turns to steam. If there are no holes in the skin, that steam trying to escape can cause the skins to break, and sometimes to even burst. It’s therefore best to put the holes in the potatoes yourself.

Next, pour water into the Instant Pot insert. You’ll want to check your Instant Pot manual to see how much water needs to be added as each Instant Pot size has different requirements. You can use chicken stock or broth in place of the water for extra flavor, if you’d like. Another thing you can do is put half an onion or a couple cloves of garlic (or both) into the water. This will gently flavor the potatoes.

Then put your Instant Pot trivet or a steamer into the Instant Pot insert. Add the potatoes on top. The idea here is that the potatoes are not sitting in the water. They therefore don’t boil but they steam instead.

Secure the lid onto your Instant Pot and turn the valve to seal. Set the Instant Pot to pressure cook on high according to the times given below.

When the pressure cooking time is over, let the steam release naturally before removing the lid. You’ll find that the potatoes are cooked through to the middle, are fluffy inside, and that the skins are slightly crisp. If you would like the skins to be crisper (I always do) rub them with a bit of oil and put them under the broiler for a few minutes, or put them in the air fryer.

How long to cook baked potatoes in the instant pot 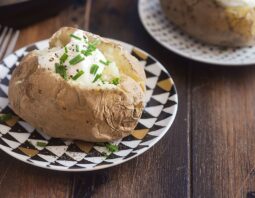 Instant Pot Baked Potatoes is one of the most delicious and convenient ways to bake a potato.

END_OF_DOCUMENT_TOKEN_TO_BE_REPLACED

DO YOU NEED MORE TIME?

We get it! Listen to our podcast, Time Management Insider, and take back your time!