There are many health benefits attributed to rooibos tea, but is it actually a tea? 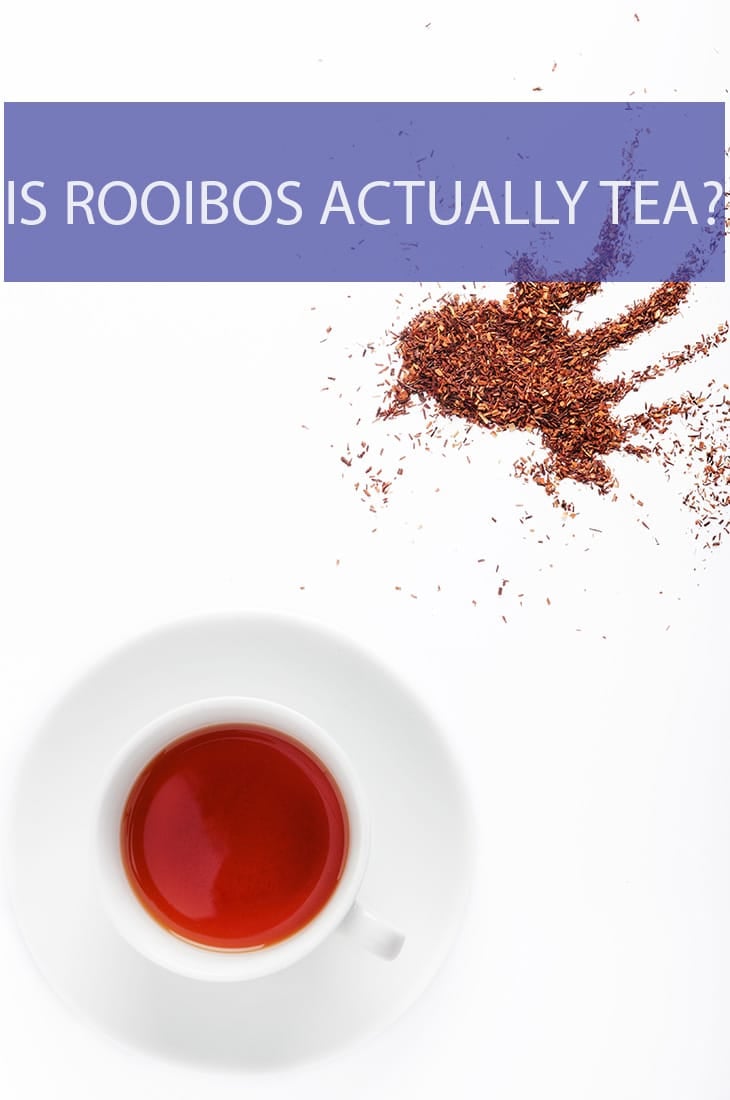 No, rooibos is not technically a “real tea.”

Rooibos, or red tea as it is sometimes called, comes from a young plant. In fact, the Aspalathus linearis bush plant that this popular herbal beverage is derived from is only 300 years old. That may seem fairly ancient to some of us, but when you consider most tea-producing plants have been around for more than a millennium, you can see that rooibos is still in its infancy.

This popular beverage is coveted for its medicinal properties. Rooibos drinkers enjoy benefits such as improved skin complexion, inflammation prevention, and bone health boosting. It has also been attributed to a boost in cardiac health. Patients suffering from diabetes or colic have found that rooibos helps them manage their condition. And if that’s not enough, it has also been known to cure headaches, asthma, insomnia, hypertension, eczema, allergies, and premature aging. It can also ease stomach cramping and give an added boost to the immune system.

Rooibos contains no caffeine whatsoever and is low in tannins. The health benefits we’ve listed above have been confirmed by the US Department of Agriculture. They note that rooibos tea has a positive effect on reducing cancer.

Rooibos tea is a lot of things. One thing that it is not, however, is a tea.

I know it is. But that’s wrong.

It would be more accurate to call rooibos an herbal beverage. When you’re talking about “real” tea, you are referring to a beverage made from the leaves of a single plant. That plant is called Camellia sinesnsis but is more commonly referred to as “the tea bush.” All real teas are derived from the same plant. The differences between them come from processing. That’s why herbal teas cannot be considered actual tea. They’re a concoction created by fusing many different herbs together from various plants.

Dutch settlers in South Africa first popularized rooibos in the 1700s, but it did not become a commercial crop until the 1930s. A less oxidized version called green rooibos was created in the 1990s. Powdered rooibos was developed in the early 2000s and can be used for cooking purposes.

END_OF_DOCUMENT_TOKEN_TO_BE_REPLACED

DO YOU NEED MORE TIME?

We get it! Listen to our podcast, Time Management Insider, and take back your time!