Bye bye can of condensed soup! This Homemade Cream of Mushroom Soup is so quick and delicious that you’ll never go back to the can.

Why does the cremini get invited to all the parties?

Because he’s a fun guy.

So…Amy Schumer, I am not. Ha ha. But, thankfully, I can cook. And today I’m cooking this Quick Cream of Mushroom Soup.

You’ve gotta love mushrooms. They smell like fall dirt but don’t taste like it. They just taste good. Meaty.

To make this soup you sauté onions, mushrooms and garlic in butter and olive oil. Then you make a slurry by shaking flour and broth together in a jar. Add it to the veggies and bring it to a simmer.

At this point I stir in evaporated milk but you can totally use cream (half and half or whipping cream). I was trying to shed some calories off of this one and evaporated milk is creamy but with lower numbers.

Last step, give it a whiz with an immersion blender (I like this one) and you’re done.

*If you don’t have an immersion blender, transfer about ¾ of the mushrooms along with about half of the broth (or however much fits) into a blender or food processor. Blend until mushrooms are in small pieces. Return it to the soup pot and stir. 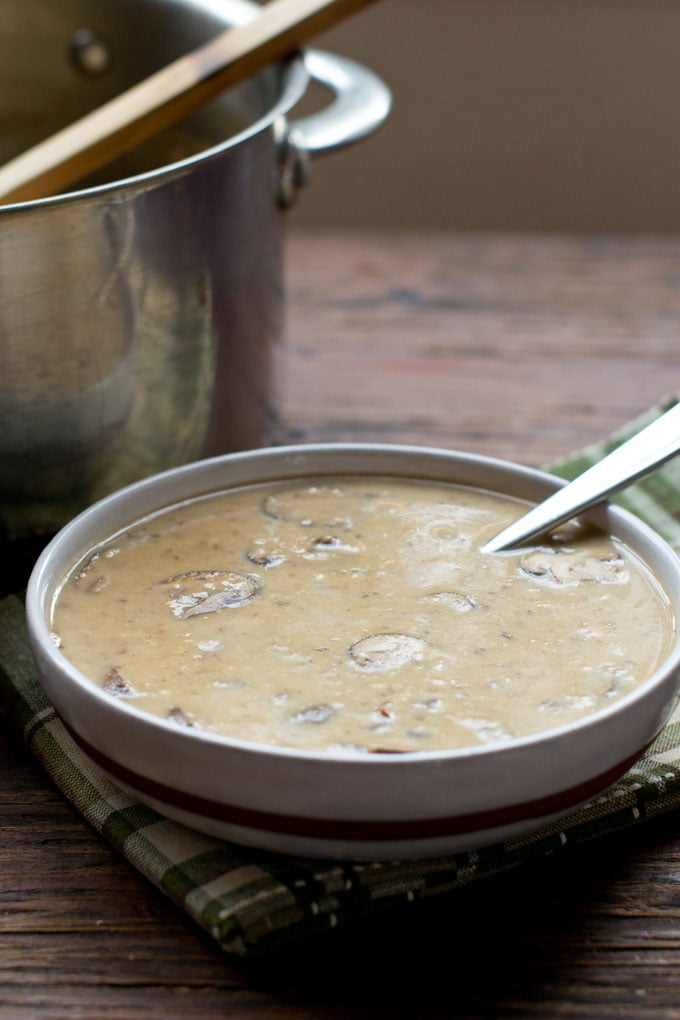 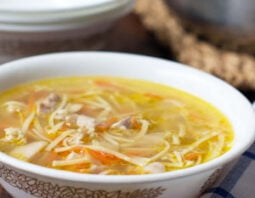 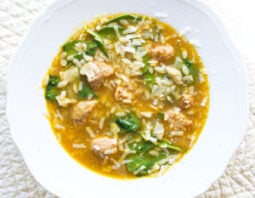