Roasted fennel tastes a bit like licorice and has a wonderful meaty texture that is so satisfying. 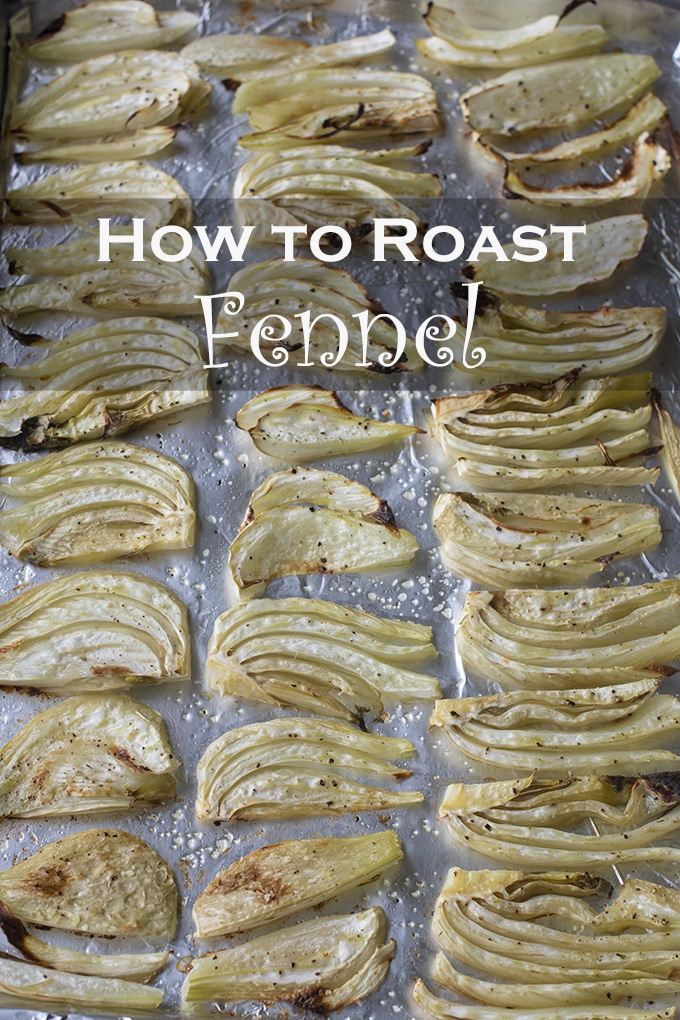 Fennel is seriously one of my favorite vegetables. It has a subtle licorice flavor that is unique and really nice. When it’s roasted though, it gets this meaty texture that I find really satisfying. Roasting is definitely my favorite way to prepare fennel.

How to Cut the Fennel

Fennel is a root vegetable. It has a large bulb on the bottom and stalks and fronds on the top. The fronds are a bit like dill in flavor but with more of a licorice taste to them. They’re great on salads or as a garnish, but they’re not good when cooked.

It’s the bulb that you want to get at for roasting.

What you do is to cut up a fennel bulb like this:

But don’t cut out the core for this recipe. That way when you slice it the core holds the other bits together.

How to Roast Fennel

Cover a baking sheet in aluminum foil and lightly oil it. Arrange the slices of fennel on the pan in a single layer, like this: 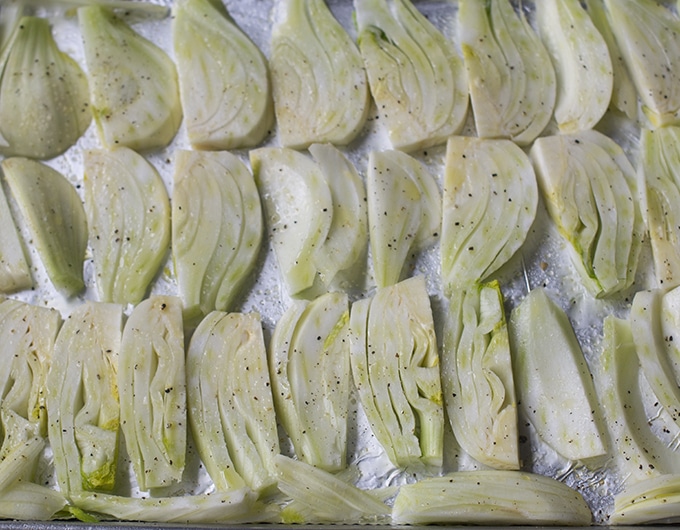 Brush or spritz or drizzle them with more oil (I like to use an oil mister like this one) and sprinkle with salt and pepper. Then bake them at 400°F until they’re softened and just starting to caramelize, about 40 minutes.

Note that fennel can dry out a bit when you roast it like this. So, what I often do is to let it soften but not really caramelize. And then I put it under the broiler for a couple of minutes to brown lightly in places. The broiler browns more quickly so the fennel doesn’t have the chance to dry out as much.

Finally, be sure to sprinkle the fennel with a bit of salt before serving. Even though you salted it at the beginning, it seems to need a little boost at the end.

What to Serve with Roasted Fennel

Fennel with its licorice flavor is delicious with anything that goes well with dill. I love it with salmon and with chicken. It’s great alongside rice or buttered egg noodles too.

I think you’re going to really enjoy this taste adventure. Fennel is so delicious! 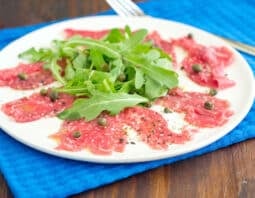 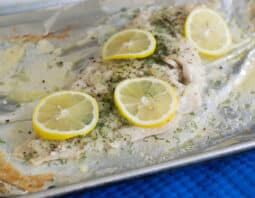