Here’s a fun twist on Shepherd’s Pie. All the classic flavors but easier and so adorable!

Shepherd’s Pie is a delicious dish of ground meat (traditionally lamb, but beef is popular as well), gravy, vegetables, and topped with mashed potatoes. There’s many varieties but one thing they tend to have in common is time.

One of the only draw backs of making shepherd’s pie is the amount of time it takes to make everything. Peel potatoes, mash potatoes, cook the meat, then bake eeeeverything together. When I have time, I love it. For most weeknights, it just doesn’t fit.

Today we’re offering you a twist on shepherd’s pie by making it into a stuffed potato. It’s got the great flavors you love, but provides shortcuts to getting it to the table.

To make this easy shepherd’s pie variation you bake potatoes in the microwave, cut them in half, and then scoop out the filling. That gets mashed up with a bit of cheese. Fill the potato shells with a hearty meat mixture and then top with the mashed potatoes. Broil just to brown the tops a bit. You’re done!

This post originally appeared in March 2016 and was revised and republished in July 2020. 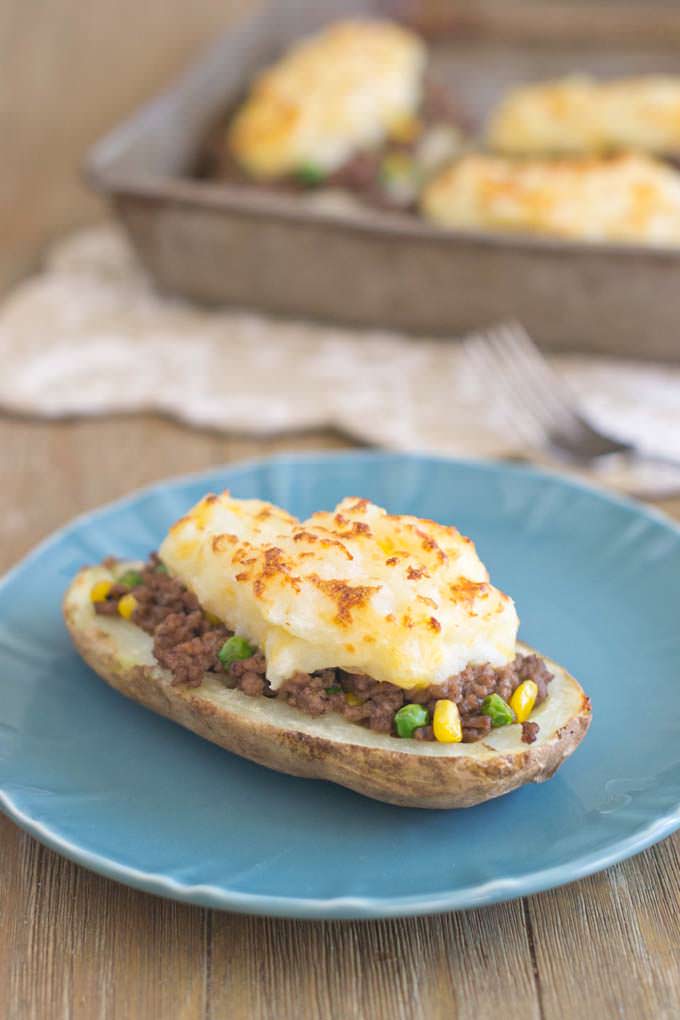