Spinach artichoke dip is made super tasty with fresh spinach and super easy, thanks to your trusty slow cooker.

It is hard to top the classic spinach and artichoke dip. The classic is simple to make and pleases everyone at the party… even your picky Aunt Kathy. But, this recipe has two major changes that push the classic aside.

Fresh spinach is used in place of the standard frozen variety, allowing you to make this on the fly and whenever Aunt Kathy shows up with no warning (no defrosting time needed!). The second change is that this recipe is made in the slow cooker. I say a little prayer to the slow cooker gods every time I use mine for giving me such a handy kitchen tool!

Of course, you will find artichokes in there too – canned artichokes work better than the jarred and marinated. Those tend to impart some additional flavor that you don’t necessarily want in the recipe. And cheese. There is lots of cheese. In addition to the slow cooker gods, I say a prayer to the cheese gods for blessing us with mozzarella, Parmesan, and cream cheese.

When not working full time as an engineer, you can find Ellie in her kitchen and blogging at Hungry by Nature. Her approach to food is simple – eat healthy, whole, natural foods and always leave room for dessert! While seasonal, healthy foods are a top priority, Ellie has also been known to eat ice cream for dinner. It’s all about balance! 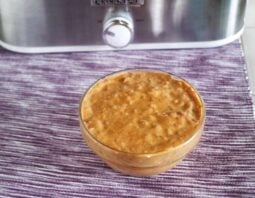 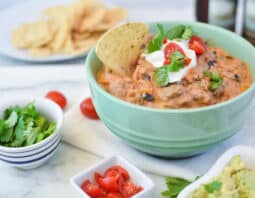