Cliché alert: Today we’re sticking bacon and Sriracha together and slapping it on popcorn. Oh yes we are! 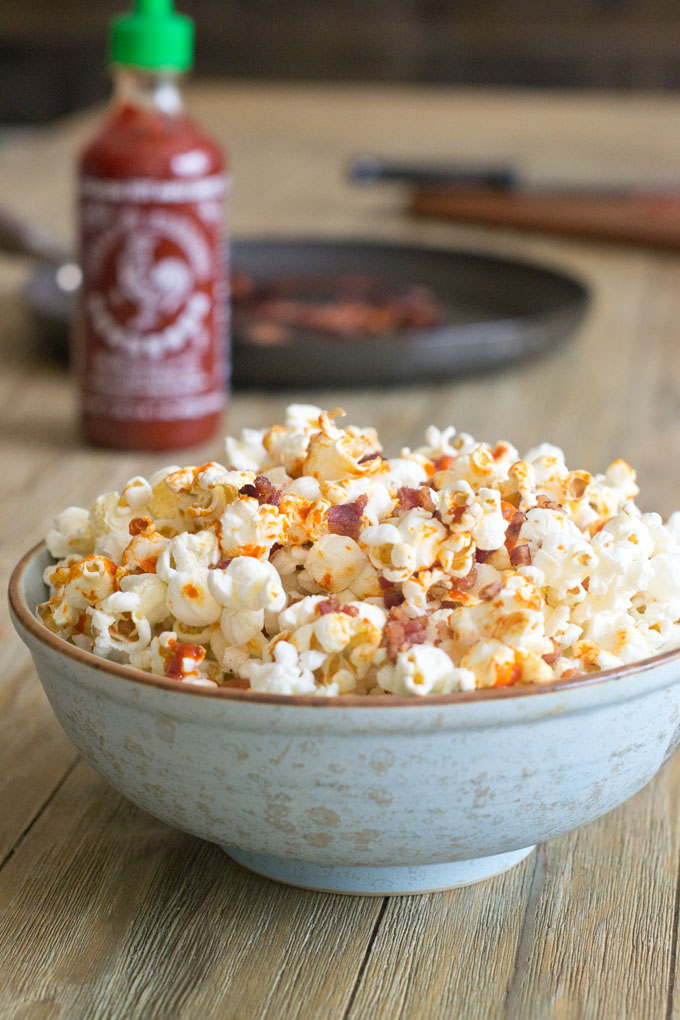 Yes, we know that loving bacon and loving Sriracha are both clichés in the food world. We even thought of avoiding them altogether. But no. How could we do our first full topic over here at The Cookful and not pull out everyone’s favorite ingredients? We just had to follow those clichés where they led.

You know what though, we at least stayed away from the bigger cliché: Sticking a fried egg on it. Or did we?

A note about this recipe: What you’re going to do is mix together bacon fat and Sriracha in equal amounts. We at first tried tossing that mixture with the popcorn. But the liquid from the Sriracha made the popcorn deflate and get soggy. Not good.

Instead, we discovered that the best thing to do is to drizzle the mixture over the popcorn and let it be. Don’t mix it. As you reach in, some kernels have a heavy douse of the sauce (and those ones are a bit soggy) but others that go in your mouth at the same time have less or no sauce (so they’re not soggy). The result is mostly fluffy popcorn with intense bacon and Sriracha flavor. 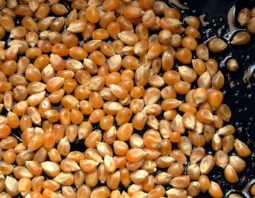 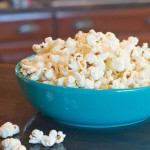