Who created Buffalo chicken? Was it a mother frantically trying to feed hungry college students? Or was it a result of a wrong order?

Buffalo chicken is as American as apple pie. Really, you could eat wings and apple pie and have a 100 percent made-in-America meal. It’s considered an American staple these days. And it’s damn tasty, so that’s always a positive.

Traditionally, Buffalo chicken refers to deep-fried chicken wings dripping in a tangy Buffalo sauce. Buffalo sauce is a mix of butter and cayenne hot sauce. The intensity of the heat can range from mild to hot, hot, hot. Blue cheese or ranch dressings are used as dips to cool down the wings.

As with any great legend, there are competing versions as to how Buffalo sauce came into being.

The Anchor Bar in Buffalo, N.Y. is long said to have invented the Buffalo wing in 1964. Teressa Bellissimo, the bar owner, was surprised one night by her college-aged son and his buddies. And one thing is sure for college students —  they’re bottomless pits. So poor Teressa had to come up with a hearty snack fast. She fried up some wings and tossed them in a cayenne pepper sauce.

Other Bellissimo family members remember it differently. Dominic, that college-aged son, said he wanted to pay it forward for bar guests who were, um, enjoying themselves and keeping the bar in business. So he asked his mom to whip up some food.

But Frank, Teressa’s husband said both versions were wrong. He claims his supplier brought him chicken wings instead of the desired chicken heads and backs needed to make spaghetti sauce. Once again, Teressa stepped in and created Buffalo chicken wings.

Before you road trip it to the Anchor Bar, there’s another Buffalo bar that said it created the famous sauce. John Young owned the restaurant, John Young’s Wings ‘n Things. And you guessed it, he says he actually created Buffalo chicken. He said he was inspired by his childhood upbringing in an African American community. He said he created a “Mambo Sauce” to zest up his wings.

Who really knows how Buffalo chicken wings became a staple bar food. But it quickly spread across the country. And thank goodness for that. Since then, we’ve seen all kinds of Buffalo chicken wing-inspired food, from Buffalo chicken dip to Buffalo chicken pizza, it seems you can add Buffalo wing sauce and chicken to anything and end up with a seriously delicious combo. Look at all the things we added them to here.

Now pass me some napkins. I’m gonna eat me some wings! 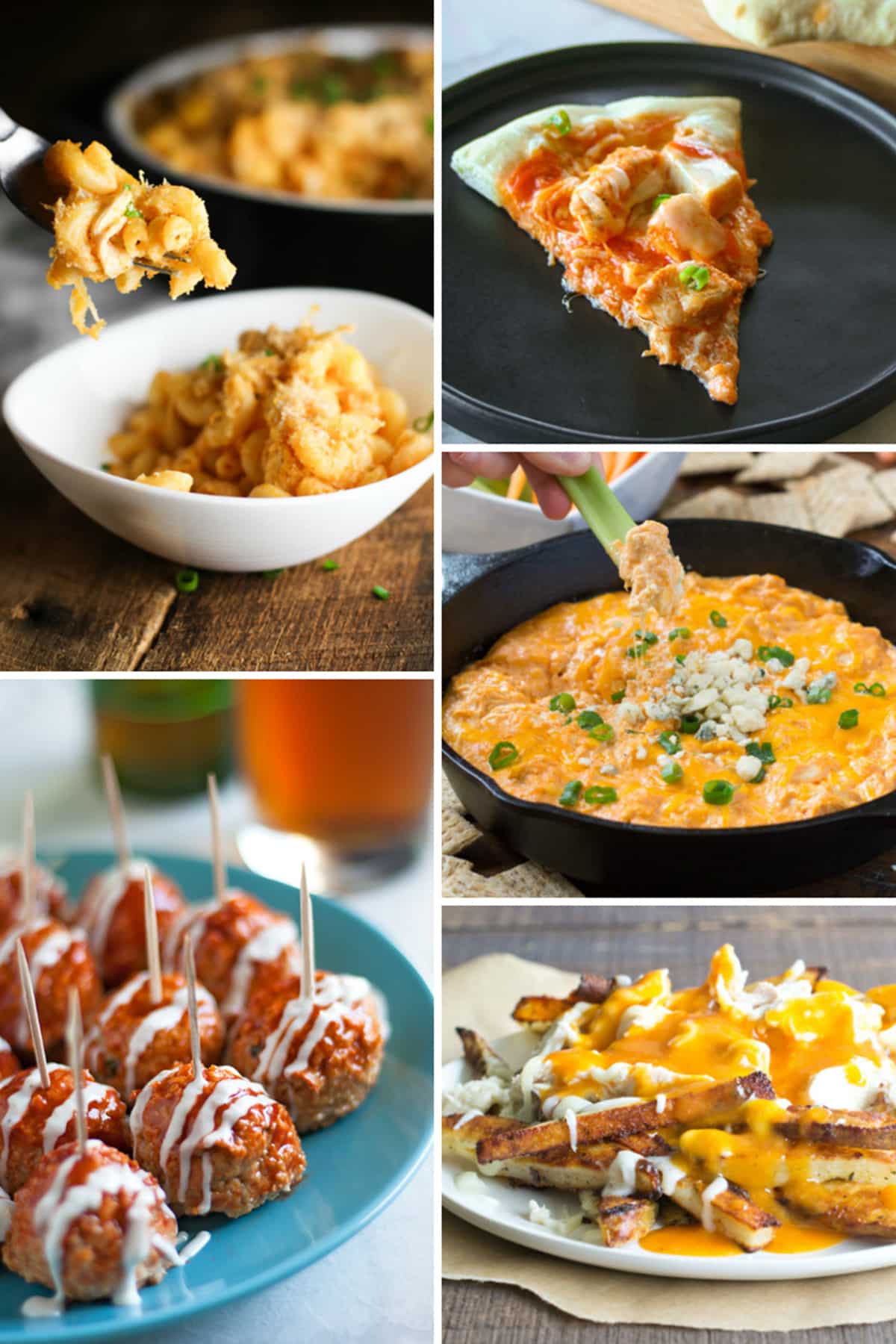 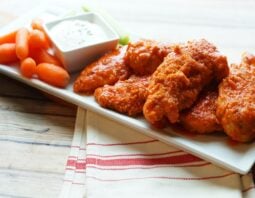