Home > Ingredient > Farro > What is Farro?

Remember when the world of grains was broken down into wheat and white? Luckily, cooks have rediscovered a world of interesting, healthy and ancient grains that liven up the kitchen, and farro is leading the pack. But what exactly is farro?

When I was growing up we had two options when it came to grains — white flour or (if we were feeling really exotic) wheat flour. Then when I was a teenager, my world was rocked when I discovered brown rice. Ahhh, the joys of living in Northern Minnesota.

Grains have come a long way since then. Or I should say we’ve rediscovered a world of ancient grains. They’ve always been here, and farro is one of the best. But what the heck is it?

Farro refers to three wheat grains.  Farro piccolo or einkorn, farro medio or emmer and farro grande or spelt. Here in the United States, the farro sold in stores is emmer.

Farro is similar to three better known grain varieties that you’ve probably heard of and maybe had before — spelt, barley and wheatberries.

Check your labels because not all farros are the same when it comes to cooking. Whole grain farro is the purest form of the grain, but it requires an overnight soak. Otherwise, you might lose a tooth. Semiperlato farro has less bran and cooks faster. Pearled farro contains no bran and cooks the fastest. Read the cooking instructions on your label to find out the best way to cook the farro that you have.

Farro has a slightly crunchy texture and nutty, earthy flavor. People enjoy it in salads, soups or as a side dish. It’s also delicious in risottos and as breakfast cereal with  fruit and cinnamon.

Farro is also incredibly healthy. It has more fiber even than quinoa and is high in protein for a grain. You can make all kinds of dishes healthier by subbing out other carbohydrates, like rice or pasta, for farro. You’ll need to adjust the cooking time but the result will be delicious and healthy.

Tomorrow, we’ll be telling you how to cook farro using three different methods and then after that we’re sharing a bunch of farro recipes. If you head over here to our Farro Topic, you’ll get all the info and recipes that we’ve posted so far and it will update when we post new ones.

So there you have it, the confusing, but tasty, story about farro. Now let’s get cooking.

What the heck is farro? We’ve got all the info about this delicious grain at #thecookful
Click To Tweet 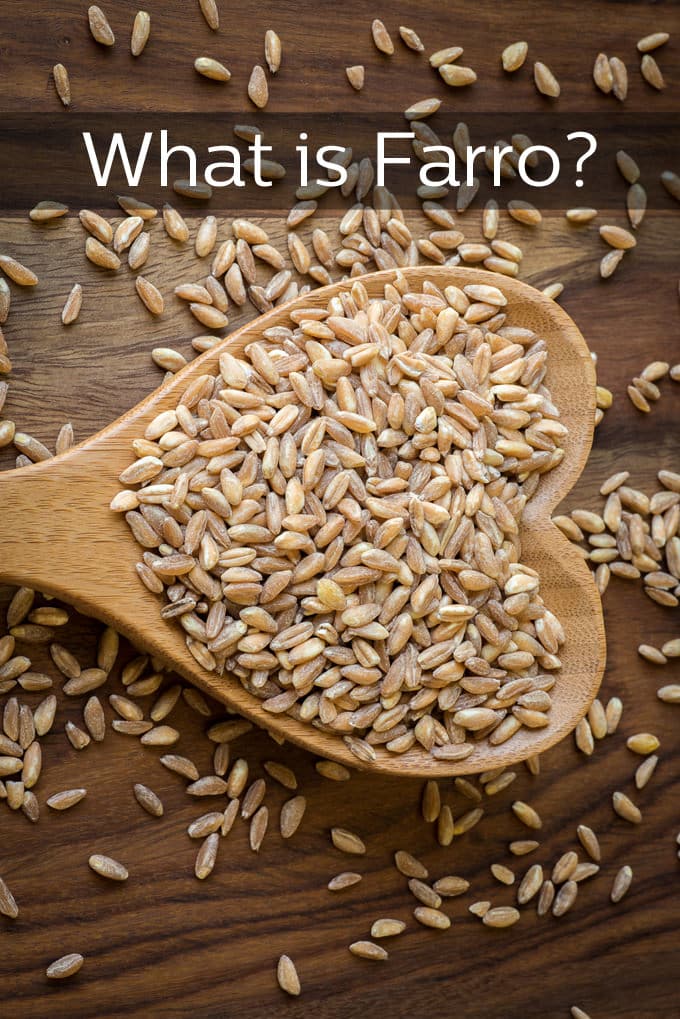 How Do You Cook Farro 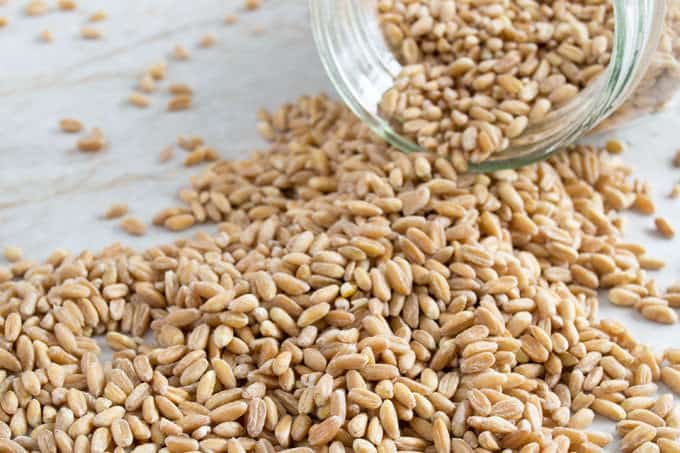 Get three simple methods for cooking this delicious ancient grain. 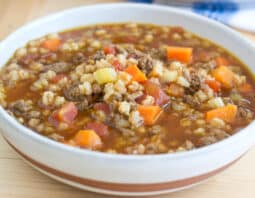