Jewish food and culture span the globe making the cuisine hard to pin down. Let’s take a look at what can be considered Jewish food.

There is also the fact that the Jewish people are divided into two distinct cultures: the Ashkenazi and the Sephardim. Lastly, there is modern state of Israel, which in its seventy-five year history has developed its own unique cuisine. Let’s unpack how these different elements have led to the creation of a distinctive Jewish cuisine.

The kosher dietary laws forbid Jews from eating pork and shellfish and from mixing meat and dairy. They also require Jewish participation in preparing certain foods such as milk, cheese, and bread. Many scholars believe that the kosher laws contributed to the survival and distinctiveness of the Jewish people. Kosher laws ensued some amount of commonality between all Jewish communities, no matter now far apart they were geographically or how different their surroundings were.

Interestingly, the rules of kosher actually pushed Jews into food businesses beginning in ancient times. Because they could not buy wine and food made by non-Jews, Jews produced their own and sold it to others. From the Middle Ages on, throughout Europe, it was common to see Jews selling their handmade foods at local markets. This included pickles, preserves, and pastries.

The fact that the kosher laws ensured some commonality between the cuisine of Jews in different places is important because for thousands of years, Jews have been spread out all over the world. The experience of living in a diaspora led to one of the most distinctive aspects of Jewish cuisine: its adaptability. As they moved from place to place to escape persecution, Jews brought dishes from past homelands to new ones. Those dishes then changed and took on new forms as Jewish cooks made use of local ingredients. Yet, while Jews throughout the diaspora were influenced by the ingredients and cooking techniques of their neighbors, the dietary laws kept their kitchens distinct.

What Are The Two Jewish Cultures?

It is also important to know that the Jewish people are divided into two cultures based on where their ancestors lived.

One group, the Ashkenazim, came from northern Europe and Russia. Living in a predominantly Christian culture, the Ashkenazi were forced to converge in ghettos and villages, known as shtetls. This led to their isolation from their neighbors. These families were often poor – as they were excluded from many professions – which meant that their cuisine used humble ingredients. Out of necessity, Ashkenazi Jews were more likely to accept new and unfamiliar ingredients – such as the New World vegetables that came from the Americas – than their non-Jewish neighbors who were wary of these “new” foods.

The second group, the Sephardim first settled in Spain and Portugal, where they thrived for many centuries. But after the Spanish Inquisition, they were expelled from the Iberian peninsula. From there they dispersed to Italy, North Africa, the Middle East, and Central Asia. As a result, the Sephardim were mostly under Islamic rule, not Christian. The Sephardim lived in cities and mingled more freely with their non-Jewish neighbors and were generally more prosperous.

These two cultures developed two distinct cuisines, each with their own interpretation of Jewish dietary laws. It was naturally influenced by the ingredients available to them and the cuisines of their neighbors. Yet, because of similar dietary prohibitions and holiday traditions, there are uniquely Jewish foods, even if based on local ingredients, that demonstrate similarities to Jewish dishes from other parts of the Diaspora.

One example of this is charoset, a fruit and nut spread that is an important part of the Passover seder. Charoset is something we eat, but it is also used to represent the mortar that the Jews used when they worked as slave in Egypt. Every Jewish culture makes charoset on Passover, but it can look and taste very different depending on where you are in the world. Ashkenazi Jews tend to make chunky charoset with walnuts and apples and sweeten it with honey. Sephardic Jews often use dried fruits like dates and make a charoset that is more like a thick paste. In Latin America, you might even find charoset make from tropical fruits and bananas!

Jewish Foods Around The World

In North America, what we think of as Jewish food is Ashkenazi Jewish cuisine. Dishes like kosher dill pickles, brisket, or matzoh ball soup. Plus the kind of food one gets at a Jewish deli or bakery. That’s because the majority of Jews in North America are of Ashkenazi descent. But of course, these foods are only a small fraction of what constitutes Jewish cuisine in the rest of the world.

Israel, for example, has developed its own unique cuisine in its short history as a modern nation. This cuisine is also part of what constitutes Jewish food today. Jews came to Israel from all over the world. From places as diverse as Russia and eastern Europe, North Africa, Turkey, Iraq, Central Asia, and Ethiopia. Each group of immigrants brought their own cuisine with them and, for the first time, these groups began to interact with one another and even intermarry. This meant that families had to combine their different food traditions.

Of course, the people who were living in Israel before it became an independent country had a cuisine as well. These foods are what we think of as Middle Eastern cuisine with dishes like falafel, hummus, and chicken shawarma. Today, Israeli food is a mixture of all these different influences. The kosher laws, the cuisine that existed in the Middle East for thousands of years, and the various cuisines of the different immigrant groups that settled in Israel.

When we talk about different cuisines, we mostly talk in terms of geography. Think of Italian food, Mexican food, Chinese food, or Indian food. In the case of Jewish food, the common denominator is not a place. Rather it’s the way that the Jewish religion impacted the development of a cuisine through the kosher laws and the foods associated with certain holidays. These religious elements combined with the experience of living in a diaspora and constantly adopting new foods and new ingredients all contributed to the development of a distinctive Jewish cuisine. What is important to know for our purposes, however, is that what we in America think of as Jewish food is really just part of a much larger picture.

I hope that through this series on Jewish food, everyone – regardless of background – will learn to make some beloved and iconic Jewish foods at home. Matzoh ball soup, anyone? You may also learn about some Jewish foods you did not know before, like babka. All of the different dishes in this series are Jewish in some way and all are delicious. Because if there is one thing all Jews everyone have in common, it is that we love to eat!

In the Jewish culture, eating is not something we do just to survive. It is a way that we stay connected to our past, a way to celebrate holidays and festivals, and a way to experience joy and pleasure. 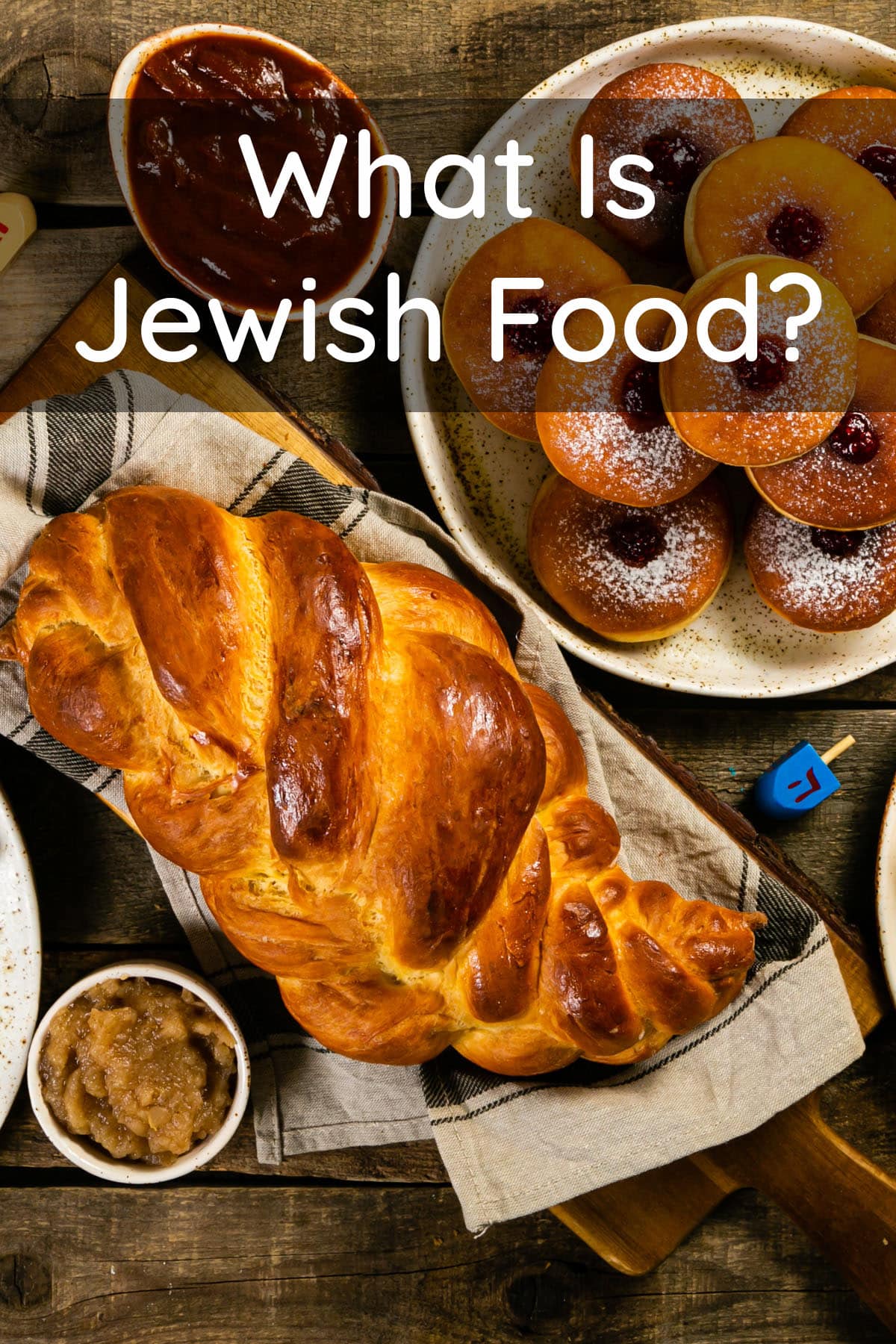