Burrito Bowls traditionally are made with rice but there are so many other ingredients that make a great base. Here are some of our favorite ways to make burrito bowls.

When creating a burrito bowl, the base is one of the most important elements. It makes up the bulk of the burrito bowl, so you’re going to have to really like whatever you’re choosing.

The most obvious choice would be rice.

Rice is the most basic and common base food for burrito bowls. Whether it’s sushi rice in a poke bowl, cilantro lime rice at Chipotle, Jasmine rice, seasoned rice, brown rice, or the list goes on and on.

Rice is an extremely versatile food, and that’s why it’s a staple of modern diets all over the world.

Are you doomed to miss out on burrito bowls for the rest of your days?

There are plenty of other options you could use to create a winning base for your burrito bowls.

Here are just some of the ways you can create burrito bowls without rice.

Potatoes are another highly versatile food and there are many ways you can incorporate potatoes into your burrito bowl.

Mashed potatoes would be a great rice replacement in our Salmon Rice Bowl.

Consider using French fries as the base of your burrito bowl, adding a fast food spin onto an old classic.

What’s more, you can make fries right in the Air Fryer. You could also use some leftover fries from a previous dinner or even a trip to McDonalds. Just make sure you know how to reheat French fries properly

You could easily replace rice with French fries in our Air Fryer Burrito Bowl.

Hash browns in a burrito bowl would be heavenly, especially if you’re making our Breakfast Burrito Bowl.

We have a great recipe for homemade hash browns that would be a perfect addition to any burrito bowl. Seriously, when you try this, you’re going to wonder why you ever had a bowl with rice to begin with.

Another viable Air Fryer candidate, tater tots can add a nice crunch to your burrito bowl. This is another substitute base that would work perfectly with our Air Fryer Burrito Bowl.

Of course, as with French fries, you have the option of working with leftovers, using one of our methods for how to reheat tater tots.

Veggies make a far healthier option than either rice or potatoes. Consider some of these vegetable-based options if you’re having burrito bowls on a diet.

Why not use salad as a base for your burrito bowl? One could argue that makes it more of a taco salad and less of a burrito bowl, but that’s all semantics, isn’t it?

Our Korean lettuce salad would make a perfect rice substitution for our Korean Beef Bowl recipe, mixing in the right flavors while cutting out some of the carbs.

You could also use a kale salad or even a Caesar salad to do the trick.

Brussels sprouts could be an ideal rice substitute for our Air Fryer Burrito Bowl.

Depending on how you cook them, they could become a versatile go-to for burrito bowl nights. We also recommend making Brussels sprouts in the Air Fryer.

Sweet corn would be a neat idea to replace rice in something like our Instant Pot Burrito Bowl.

You can rinse and drain a can of corn and pour it into the bowl, or you could do something a bit more adventurous. Why not try to make a Corn Casserole and use that as a base?

If you want all the fun of a pasta base with fewer carbs, consider zucchini noodles, commonly referred to as zoodles.

You could make zoodles in an Instant Pot and it would be an excellent replacement for cauliflower rice in our Cauliflower Rice Bowls.

If you don’t want to use rice, cauliflower rice would be the next best thing.

Cauliflower rice is essentially grated or cut cauliflower that has the size and general look of rice. It’s a fantastic healthy substitute to legit rice and would be an excellent addition to our recipe for a Vegan Burrito Bowl.

Maybe you’re all about grains but you’re just not huge on rice. That’s understandable. There are many other grains that you’ll find make an excellent burrito bowl base. We’ve listed many of them below!

If you’ve never heard of farro, you’re not alone. That’s why we have an entire page dedicated to farro education.

But farro is a highly versatile grain that would be great in a burrito bowl. Most notably, farro could replace rice in our Salmon Rice Bowl, making this already impressive recipe all the better.

Quinoa is all the rage right now, especially in the gluten-free world, and that makes it a perfect rice replacement for your burrito bowl. Ok, so quinoa is not actually a grain, it’s a pseudo-cereal seed, but we included it with grains because of how people love to compare it to rice.

You can typically replace rice with quinoa in most dishes. It’d make a great impact on our Chipotle Chicken Burrito Bowl. You get to have a viable rice substitute and be super trendy all at the same time.

Pasta can be an amazing burrito bowl base. There are a number of pasta varieties that would work exceptionally well in a burrito bowl, so check these options out and go nuts.

Much like we did with salad, we’re lumping noodles together here because there are so many of them. You could use spaghetti, cavatelli, ziti, or even orzo. The list goes on and on. Pasta is a filling, volume heavy burrito bowl base that can be a surefire rice replacement.

Consider making some udon noodles or even ramen and using it as a base with our recipe for a Japanese Sarku Rice Bowl.

Saved the best for last. Of course mac and cheese should be a burrito bowl base. I mean, why not?

There you have it! A number of fantastic rice replacements for your next burrito bowl night. Consider adding these to your rotation to give your family or party guests some more options then just multiple versions of rice.

Do you use a replacement for rice that we missed here? Sound off in the comment section and let us know! 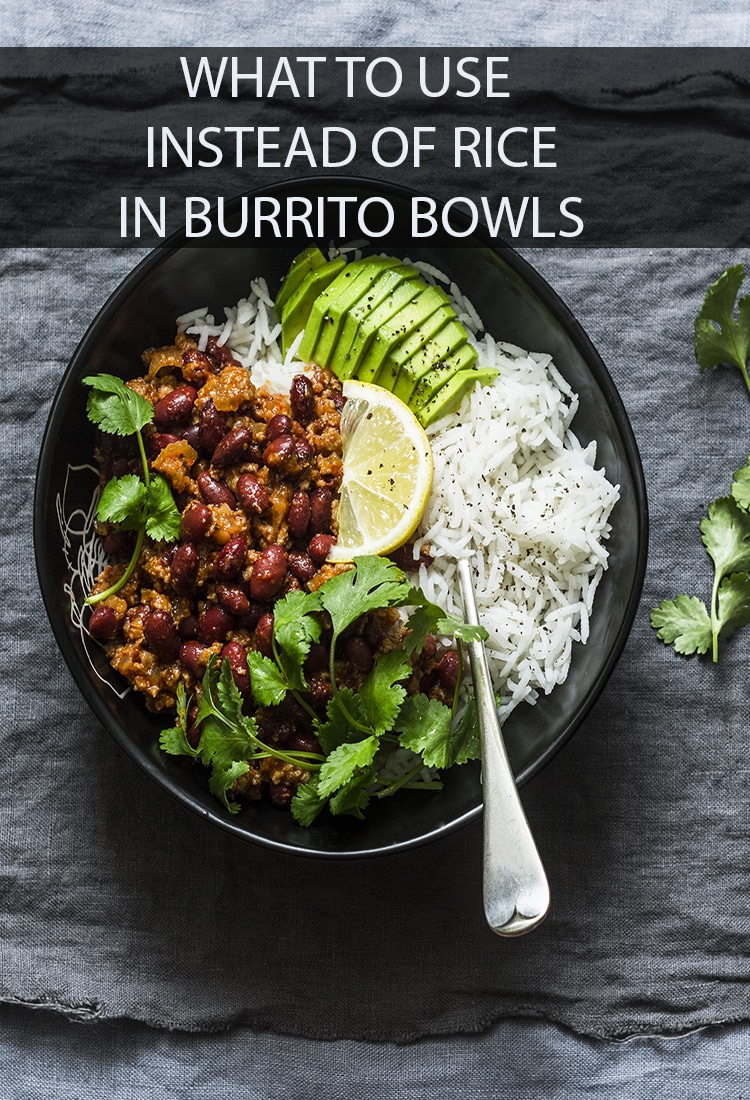 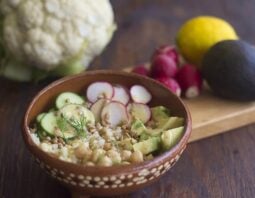 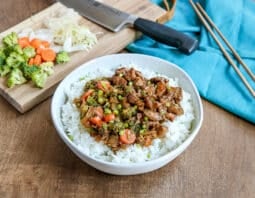 Get the Sarku copycat recipe >>