I know I can use my Instant Pot as a slow cooker, but should I? We’re giving you the scoop about if it’s all it’s cracked up to be.

I think before jumping into the question in the headline of this article, we have to answer a different one first. Can you use your Instant Pot as a slow cooker? Absolutely. In fact, it’s one of the appliance’s purposes. The Instant Pot is most often used as an electric pressure cooker but yes, it also has a slow cooker setting.

Should You Use The Instant Pot As A Slow Cooker?

An Instant Pot is great at cooking things fast. That’s because it’s intended to be used as an electric pressure cooker. It does amazingly well in this regard. You can drop all your ingredients inside and have a ready-to-eat meal in under an hour.

A slow cooker takes a longer approach to cooking, often taking between 4 and 12 hours to complete a meal. The longer you cook in a slow cooker, the more tender and flavorful your food. So, in theory, the Instant Pot’s ability to serve as both a slow cooker and an electric pressure cooker should make it a one stop shop for all your cooking needs, right?

First off, an Instant Pot has different settings than a traditional slow cooker.

Most slow cookers have three settings – Low, High, and Warm. Cooking on low obviously takes the longest, most models run around 190-200°F, but your patience is rewarded with tender flavorful dishes. The high setting is between 225-275°F and will cook most meals within four hours, and warm is a great setting for when your food is finished cooking to keep it at a reasonable temperature.

The Instant Pot’s slow cooker function also has three settings. They are Less, Normal, and More. Many cooks following slow cooker recipes might see that they call for a “low” setting and place their Instant Pot on “less.” But that would lead to a frustrating experience eight hours later when you return to your Instant Pot to find your meal nowhere near done.

In fact, Instant Pot’s less setting is not nearly as powerful as a slow cooker’s low setting. You’re mostly getting temperatures of 170-190°F. That’s too hot to warm your meal, but also not hot enough to cook efficiently. Normal ups the ante to somewhere around 190-200°F, while “more” clocks in at up to 210°F. That isn’t nearly as hot as the slow cooker is able to get.

Since we can see that the settings don’t perfectly correspond between these two appliances, not all slow cooker recipes will work exactly the same in your Instant Pot.

If you are using a recipe meant for a slow cooker on low, set your Instant Pot to normal with the slow cooker function for the same amount of time. However, if your recipe calls for the high setting, you’ll need to use the ‘more’ setting as well as add 15 minutes per hour because of the temperature differences.

So a Crockpot recipe that asks you to cook on high for 4 hours, will need to be cooked on more in the Instant Pot for 5 hours.

To further understand why the Instant Pot isn’t a direct replacement for the slow cooker, you need to understand how these appliances work in slightly different ways.

A slow cooker heats from the bottom and sides. That heat spreads so the heavy ceramic bowl of the slow cooker will soak it all up and heat all over. It’s designed to stay heated for long periods of time, but it also allows evaporation to escape as it cooks.

An Instant Pot derives its heat from the bottom, but the thin metal pot that it uses does not have the same heating effect as that of a slow cooker. It’s intended to use that heat to create steam that pressurizes the pot and cooks quickly. There are glass Instant Pot lids for use with the slow cooker setting that allows steam to escape. You could also make sure to keep your Instant Pot on venting instead of sealed when slow cooking in it with the regular lid. You may still want to use less liquid when adjusting recipes for the Instant Pot because there may not be as much liquid evaporating.

They say it’s better to be great at one thing than it is to be mediocre at many things. The Instant Pot is an amazing electric pressure cooker, but it was not designed to be a slow cooker and is nowhere near as efficient as a Crock Pot when it comes to playing the long game.

If you already have one, keep using your slow cooker and stick to fast efficient recipes with the Instant Pot. If you only have the Instant Pot, it will work as a slow cooker if you keep in mind the recipe conversion advice above.

This post originally appeared in September 2018 and was revised and republished in July 2022. 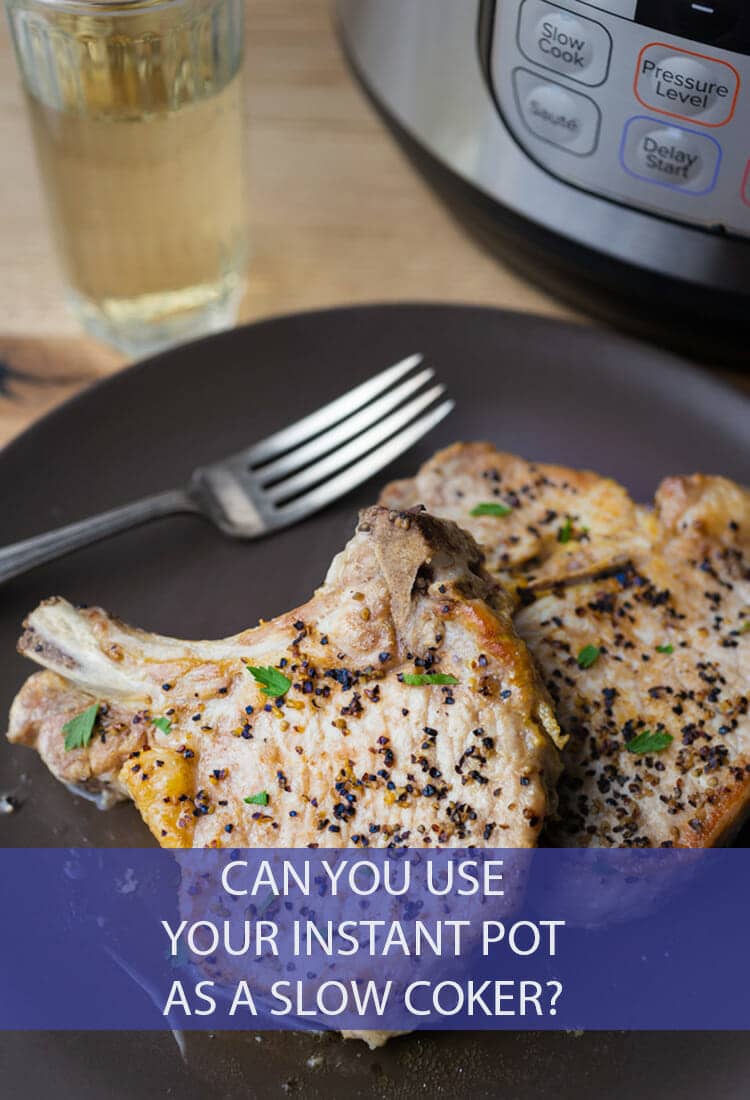 How to Cook Chicken Thighs in the Instant Pot 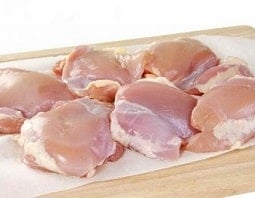 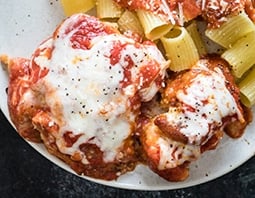