Home > Is This That Food? > Are Tomatoes Vegetables?

Are tomatoes vegetables, or are they fruits? Scientists and lawmakers disagree.

While many botanists insist that tomatoes are a fruit, the United States Supreme Court legally declared them a vegetable in the late 1800s.

At some point we’ve all heard that Snapple bottle cap piece of trivia, “tomatoes aren’t vegetables, they’re fruits.” I scratched my head the first time someone said this to me. Tomatoes, with their savory flavoring, seem a far cry from sweet fruits such as apples, pears, grapes and the like. So, are these “fun fact” loving friends full of falsehoods? Are tomatoes vegetables after all?

Picturing a tomato as a fruit seems like a stretch. Their flavoring and texture make them a favorite part of garden salads, but you’d never find one in a fruit salad alongside established favorites like cantaloupe and watermelon. (I left out honeydew on purpose. Does anyone actually eat that?)

Essentially this all boils down to a battle between the laws of science and the laws of man. Yup, it’s a clash of Einstein vs. Lady Justice, with the classification of everyone’s favorite red burger topping in the balance. I’ll present both arguments here and then let you decide where you stand.

RULE OF SCIENCE: “Tomatoes are Fruits”

When you look at a tomato from a purely scientific standpoint, it is undoubtedly a fruit. Most fruits are created from a fertilized ovary found in the base of a flower, and contain seeds of the plant they’re born from. Take apples and oranges for example, the textbook definition of fruits. Apple trees and orange groves flower in the spring, and from those buds, fruit grows. Those fruits are produced by the ovary of the flower and contain within them apple and orange seeds.

Now think about those tomato plants in your grandmother’s garden. First, little yellow flowers bloom, and from them come your tomatoes. They start out green, eventually turning red until you’re ready to pick all the ones that the rabbits missed. Cut a tomato open, and what do you find? Yup, you’ll discover tomato seeds.

So, if you’re one of those people who looks at the world by the numbers, and sees only the black and white of things, then tomatoes definitely look like fruits to you. But, we haven’t heard from the opposition yet.

RULE OF LAW: “Tomatoes are Vegetables”

The cooking world tends to look at food in more abstract ways. To a chef, items such as tomatoes would be classified as vegetables because of their taste and use. It’s an argument that has been waged for over a century. At one point, it became so contested, that, believe it or not, the United States Supreme Court had to weigh in on the subject.

In 1886, customs officials at the port of New York were demanding a ten percent foreign vegetable import tax on a shipment of West Indian tomatoes. Scientific evidence was used to object to this taxation, stating that tomatoes are fruits by definition, and thereby exempt from such a charge. The case was escalated throughout the United States Judicial System until 1893, when it landed in the lap of the Supreme Court. Justice Horace Gray made the ruling that dubbed tomatoes as legally being vegetables.

Gray cited the “common language of the people,” saying that as tomatoes are usually served with dinner alongside vegetables, it was classified as being more vegetable than fruit, which was seen as a dessert item. (Don’t you miss the days when this was the kind of thing the Supreme Court spent time on?)

Tomatoes aren’t the only food item so hotly contested in the legal arena. Rhubarb is, scientifically speaking, a vegetable, as it comes from the stalks of its plant, like celery. However, throughout the culinary world, it is widely known to be a fruit due to its sweet flavor, a decision that was also decided by a court case.

WHERE DO YOU SIDE?

So, there you have it, two sides of one argument. Science states that a tomato is a fruit, but the American legal system says vegetable.

Much like Batman, I side with justice. I see tomatoes as vegetables. Their taste, texture and use plant them firmly on the side of veggies. Calling them a fruit just seems wrong and unnatural, despite the biological evidence.

But, no matter how you slice it, (see what I did there?) vegetable or fruit, tomatoes are a versatile and important part of your culinary journey.

If you’re craving some delicious tomatoes after all that discussion, I’ve got some ideas for you! Do you like them roasted or sun-dried? How about some Fried Green Tomatoes or Southern Tomato Pie? There’s so many tasty options! 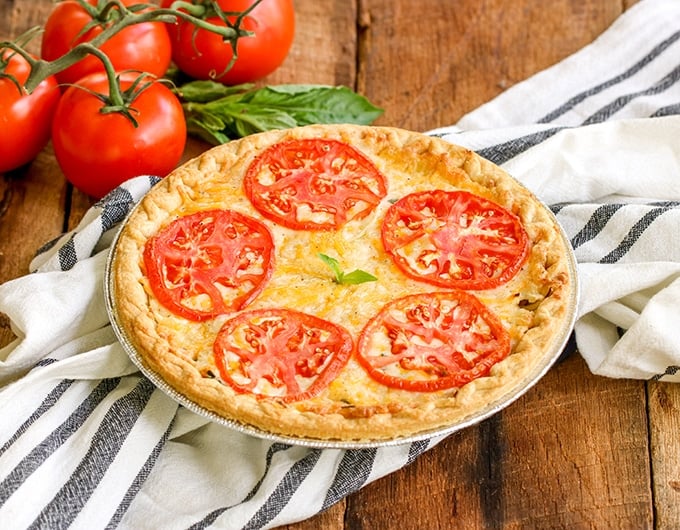