Home > Is This That Food? > Is Bruschetta the Topping or the Bread?

Bruschetta is a favorite appetizer at dinner parties the world over. But does the word describe the bread or the toppings? 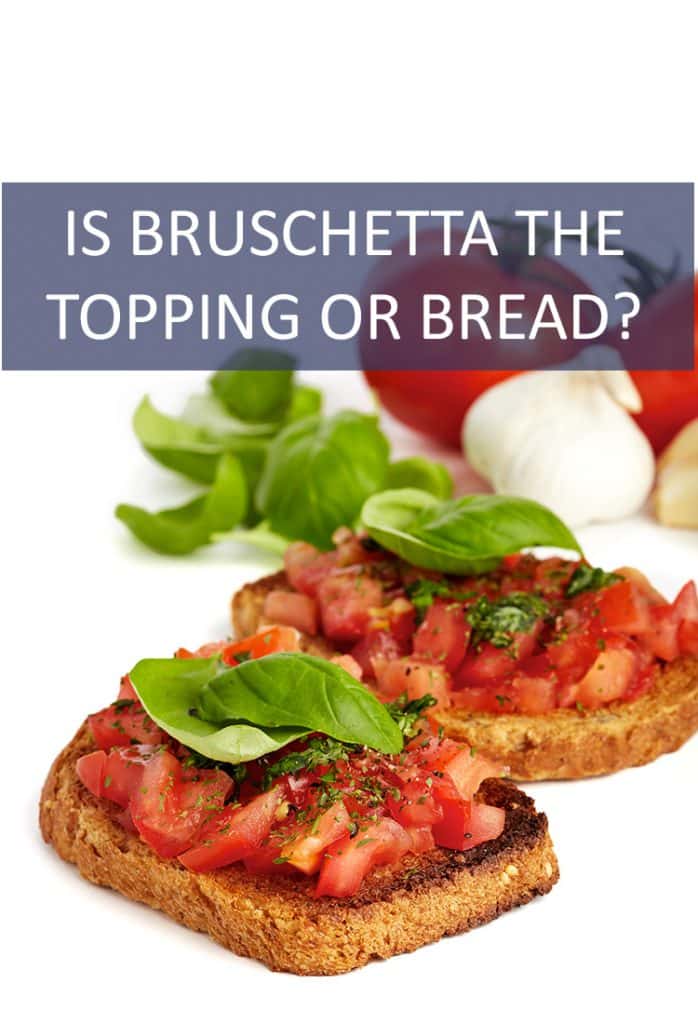 The word bruschetta is describing the bread and not the toppings.

As an Italian American, I’ve had my fair share of bruschetta. When I realized that this was a question people were asking online, I was excited because I thought I had the answer all figured out. I thought that the term bruschetta referred to both the bread and the oily, garlicky, tomatoey goodness on top of it.

I was very wrong.

Bruschetta refers to the bread. Just the bread. Whatever goes on top is just extra.

The word bruschetta is Italian (duh), and it s derived from the verb bruscare. That means to char or toast. Bruschetta is a word that the Italians invented to describe stale sliced bread which had been toasted and doused in olive oil, garlic, and salt.

As is usually the case with these old world recipes, bruschetta was created to solve a problem. That issue was the wasting of stale bread. Bruschetta provided a delicious answer in a new antipasto dish that could make use of stale bread and provide the family with a delicious starter before a meal.

In Tuscany, bruschetta went by the name fettunta, and was typically served without any toppings. This was especially true in November, as Italians were eager to taste the first olive oil produced for that season.

The tomato topping commonly associated with bruschetta isn’t a part of its traditional meaning, but in modern times it has certainly become synonymous with the snack. It includes diced tomatoes, garlic, onion, basil, and sometimes mozzarella cheese.

But there are many different variations of bruschetta, apart from the common type we’re so used to. It can feature meats, cheeses, vegetables, I’ve even seen a large roasted red pepper and fresh mozzarella more than once.

So, if you are at a restaurant and you see someone passing around a plate of what they’re calling bruschetta that includes no bread, remember that what you’re looking at is not true Italian bruschetta.

Ready to make a classic Bruschetta with tomato and olive oil? Or maybe you’d like to get loose with the definition and make Eggplant Bruschetta or even Mexican Bruschetta? Hey, who says we have to play by the rules all the time! 🙂 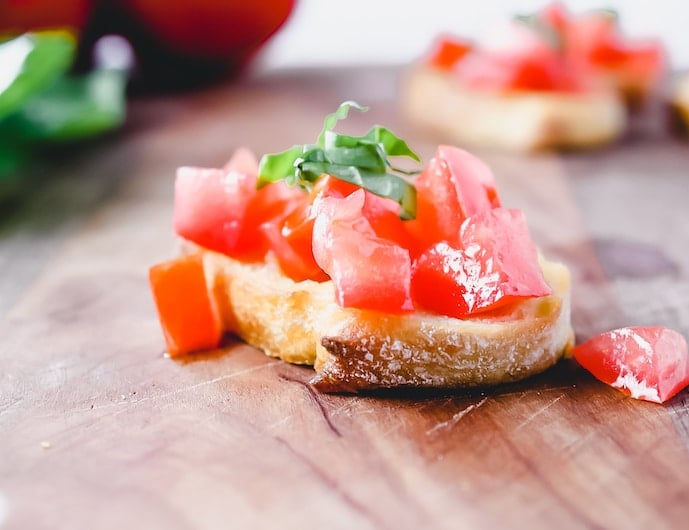