Home > Is This That Food? > Is Sorbet Gelato?

They’re both cold and often contain fruit. They’re both desserts. So, are sorbet and gelato the same thing? 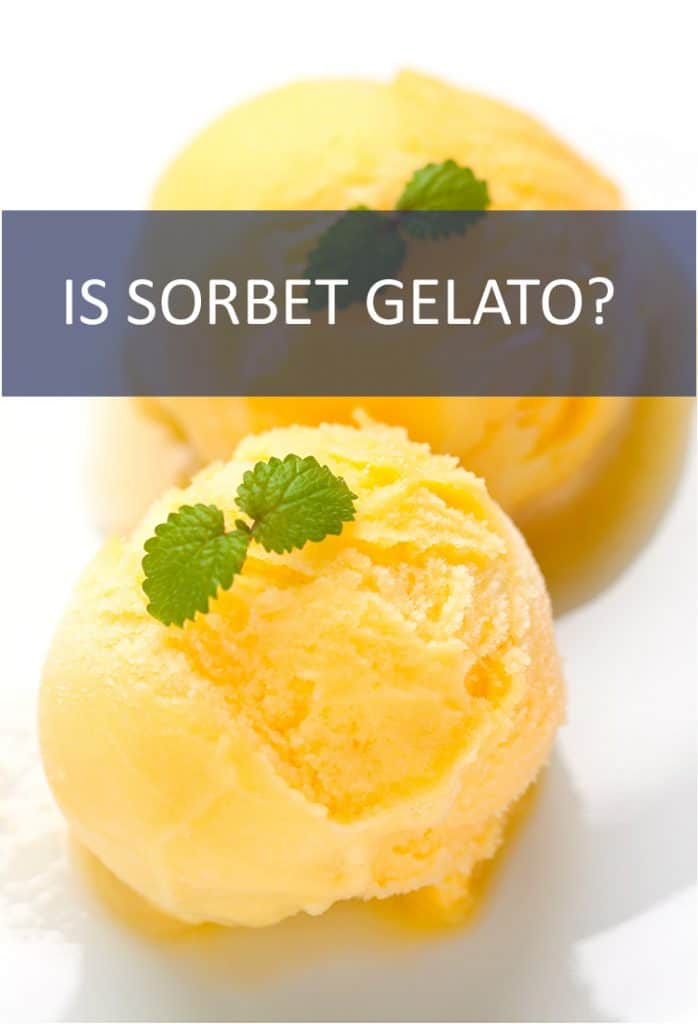 No, sorbet and gelato are nothing alike.

They’re both cold, they’re both scoop-able, and they’re both amazing in the blazing heat of a summer day. But that’s where the similarities between sorbet and gelato end.

These are two very different desserts, and they often have different roles to play in a meal. Let’s look at both sorbet and gelato one at a time and then compare.

Sorbet is nothing but water, fruit, and sugar. That’s what differentiates it from gelato and other forms of ice cream. There is no dairy in it whatsoever, which makes it light, refreshing and perfect for those who suffer from lactose intolerance.

Sorbet is usually churned up in an ice cream maker, so that might be where some of the confusion comes from. While something like ice cream or gelato would more commonly be served after dinner, sorbet is often used as a palate cleanser between courses, helping to erase the taste of the previous course without overpowering the taste buds before the next one comes out.

Of course, it can also be used as a light dessert. That’s what makes sorbet so versatile. The closest dessert that we can compare sorbet to would have to be sherbet, but it’s still not the same thing. As we detailed in this previous article on the difference between sherbet and sorbet, sherbet also contains some dairy, which makes it decidedly not sorbet.

Gelato is the Italian word for ice cream, but it’s really not accurate to call it ice cream as we discovered in this piece where we talked about how gelato and ice cream are different. Gelato is custard-based, so it’s chock full of dairy. Because of this, it’s not safe for lactose intolerant individuals. However, gelato is lighter than traditional ice cream because it contains less milkfat.

Gelato is only ever really served as a dessert, as it is a great deal heavier than sorbet. The main difference between the two boils down to the iciness of sorbet and the creaminess of gelato.

So, just because something is cold and frozen and oftentimes served as a dessert, that doesn’t make them the same exact thing. Sorbet and gelato are as different from one another as cookies and cake. (There’s a future article!)