Are Macarons and Macaroons the Same?

Both of these popular desserts are spelled nearly the same except for one extra “O,” so are macarons and macaroons actually the same thing? 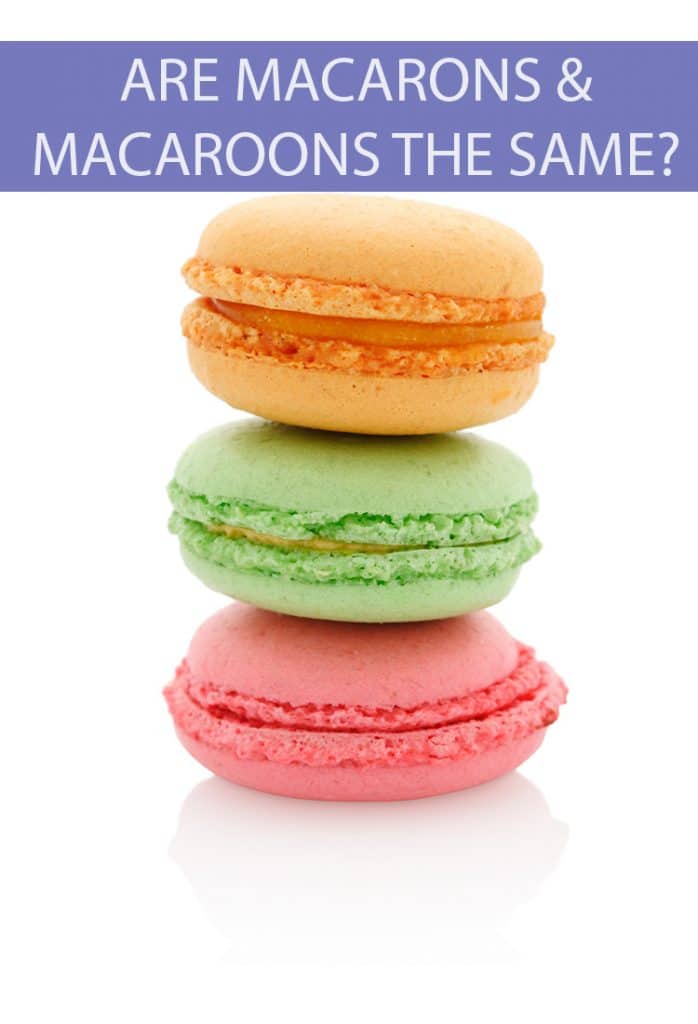 No, Macarons and Macaroons are not the same thing.

This was a fun one, folks. I always assumed that macarons and macaroons were the same thing, just spelled differently. I thought it was some kind of regional spelling dispute, but alas your humble host was wrong, and not for the first or last time!

I was shocked to discover that macarons and macaroons are completely different from one another. They share some of the same ingredients but they vary on one core item. The main ingredient composing them.

Macaron is a French word. It’s derived from the Italian word, macaroni, and should not be confused with a feather stuck in a hat. (Patriotic music jokes!) Macaroon actually gets its name from macaron and was an English derivation of the French term. What’s funny is that despite the different spelling, Americans pronounce both of these words as “macaroon.”

Both of these cookie-like desserts are made from egg whites and sugar. Macaroons, however, use powdered sugar while macarons use regular sugar.

The main difference between the two, as I mentioned before, comes from their base ingredients. Macaroons are mostly made from grated coconut while macarons are made from almond flour.

Macarons are believed to have originated in Italy as a singular cookie and were brought over to France by a chef named Catherine de Medici. It was the French who had the ingenious idea of filling them with buttercream or ganache and adding a second cookie to the mix to make it a delightful little sandwich. (Some use fruit jam and it’s wonderful!)

Macaroons are believed to be an American twist on the French macaron, utilizing coconuts, which were a big item in the 1800s, being imported from India. Bakers loved working with it and they used coconuts to recreate the French macaron recipe.

Let’s go through a few of the other differences between these two desserts.

Macarons are also a lot more difficult to make. Don’t get me wrong, there’s an art to making a good macaroon, but it only takes about 15 minutes. Macarons are made using a process called macronage, in which ground almonds and sugar are slowly folded into the meringue. It takes a ton of skill and practice.

So there you have it. Two cookies, both spelled eerily similar which are quite different from one another.

Which do you prefer, macarons or macaroons? Do you have a favorite macaron filling? Sound off in the comment section below and let us know.