Home > Is This That Food? > Are Polenta and Grits the Same?

They’re both ground and boiled corn, so are grits and polenta the same thing? 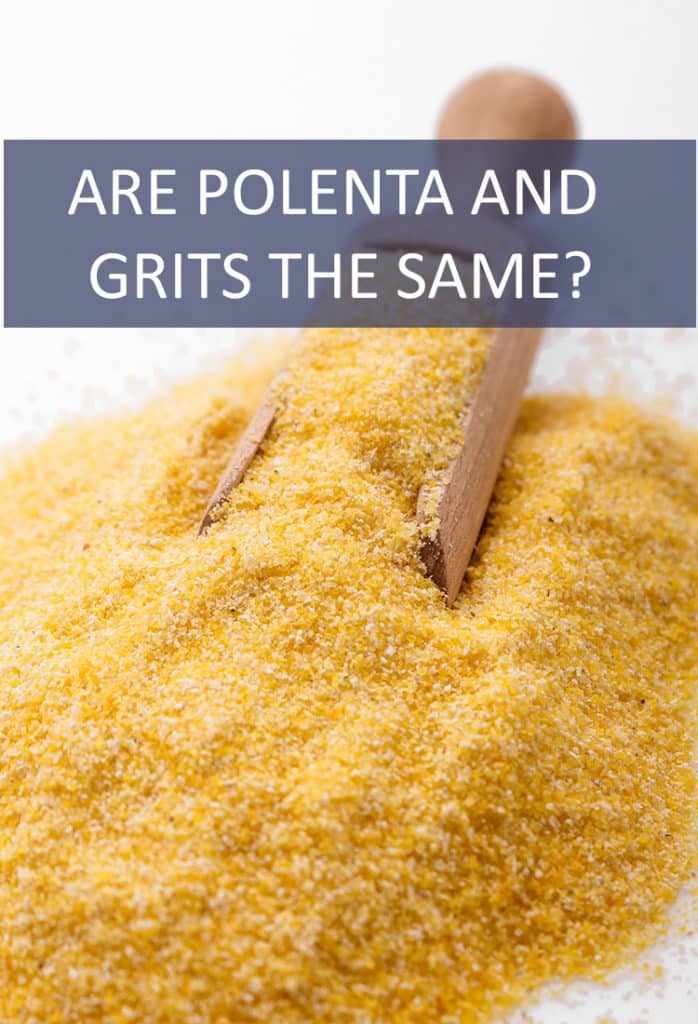 No, grits and polenta are not the same.

Grits and polenta, on paper, look very much alike. So much so that many mistakenly believe they are the same thing.

Grits are a porridge made from corn that is ground into a coarse meal. That cornmeal is then boiled in either water or milk. Grits come in white and yellow varieties. They are a staple of Southern American cuisine, appearing in both breakfast recipes and some lunch and dinner entrees. Learn how to make grits here.

Polenta is also ground cornmeal that is boiled. (We actually like to make it in the oven!) It can be served like grits, as a porridge, or it can be allowed to solidify into a loaf that can then be cut and served on a plate. Polenta is made from yellow field corn.

So, I’m not really making a great case for them not being the same thing, am I? They’re both porridges made from ground and boiled cornmeal. So why did I insist above that they were not the same thing?

It boils down (pun intended!) to the type of corn that is used. As I said before, polenta is created using yellow field corn. Grits are made using dried hominy.

Hominy is usually made from flint corn that has been soaked and cooked in an alkali solution. After going through this process, known as nixtamalization, the corn’s natural vitamin B3 is freed and can be absorbed more easily into the human digestive tract. The process also forces a chemical chain that causes the proteins and carbs from the hominy to stick together.

Hominy is also easier to grind. The grinding expands and gelatinizes the hominy’s starches, unlocking different flavors and smells. That’s why grits have a different taste than polenta.

So, if someone tries to tell you that polenta and grits are the same thing, point them my way. Yes, they’re similar, but that variance between field corn and hominy makes all the difference in the world.