Home > Is This That Food? > Are Rouille and Roux the Same Thing?

While both of these sauces might sound the same, are Rouille and Roux actually the same food? 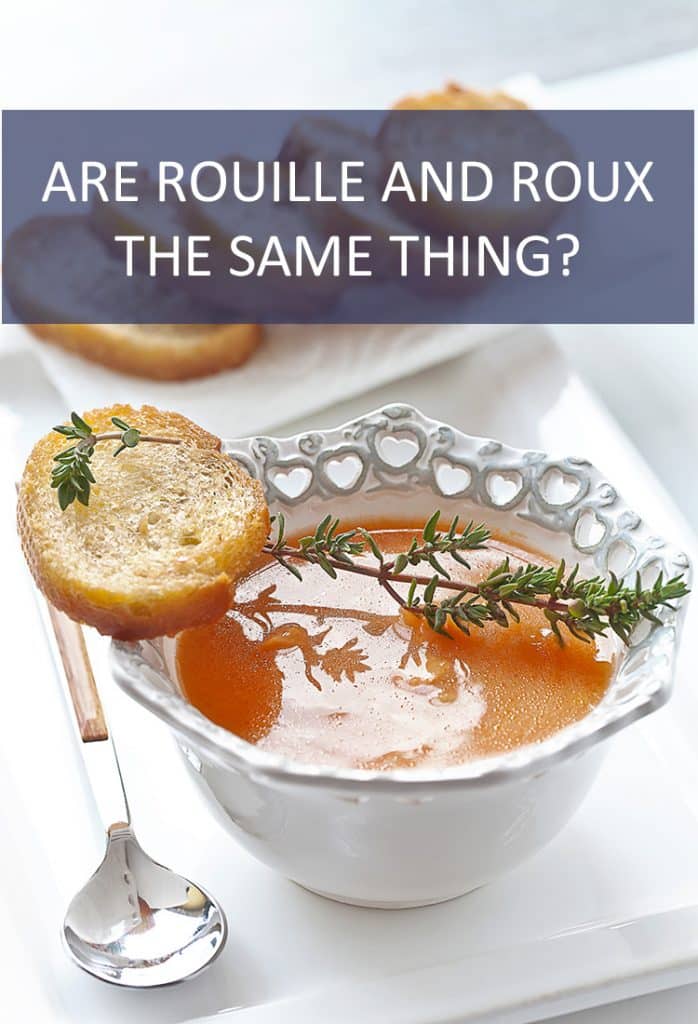 No, Rouille and Roux are not the same food.

Rouille and Roux might be difficult to pronounce French words that begin with the letter R, but that is where the similarities end. These two foods are nothing alike and serve vastly different purposes.

Rouille is a thick mayo-like sauce which is made from olive oil, cayenne pepper, saffron, breadcrumbs and garlic. It is typically served with fish or fish soup as a garnish. Rouille is primarily used as an accompanying component of bouillabaisse, which is a traditional French stew. Rouille comes along with the stew and is typically spread onto grilled slices of bread.

Roux is not a sauce in its own right, but a thickening agent composed of flour and fat. Roux is added to sauces to make them fuller and thicker. The fat component of Roux, when used in French dishes, is typically butter, lard or vegetable oil. Roux also has a home in Cajun cuisine, where it is primarily made from bacon fat and flour.