What’s the Difference Between Scotch, Whisky, and Bourbon?

Nothing beats a relaxing glass of whisky at the end of the day. But are you actually sipping on Scotch or Bourbon? How can you tell? 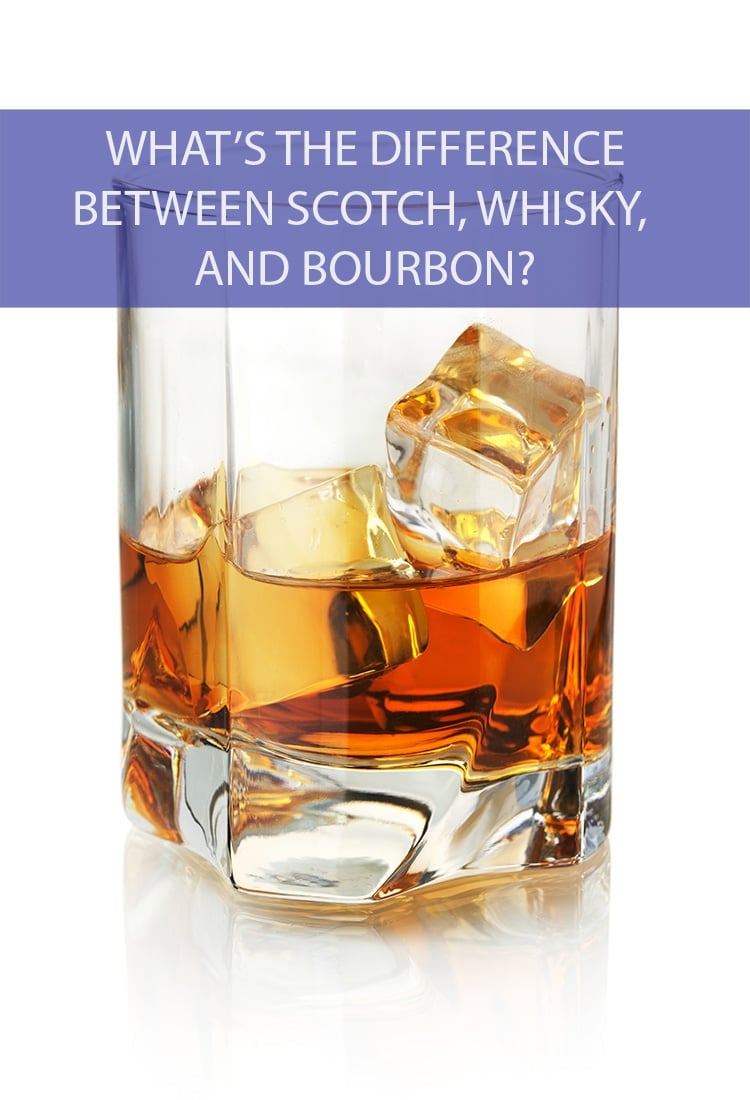 Scotch, Whisky, and Bourbon are determined by geographic location and the manner in which they are made. Scotch is made in Scotland from malted barley and Bourbon is typically made in the US and is comprised mostly from corn.

I love Scotch. It’s my favorite adult beverage in the world. Ron Burgundy and I are alike in this regard. So, it stood to reason that I wanted to learn more about this beverage that makes me so happy and inevitably write about it.

Scotch and bourbon are both forms of whisky, but they differ greatly based on where they are made and what is used to make them.

Bourbon is defined by the legal system. A document known as the Federal Standards of Identity for Bourbon lays down a strict set of criteria as to what can be considered bourbon.

For starters, the mixture of grains that are distilled into bourbon must be at least 51% corn. Ordinarily, the remaining 49% is composed of malted barley, rye, and wheat. Bourbon must be distilled at no more than 160 proof and put into the barrel at no more than 125 proof. It cannot contain any additives. A brand-new charred oak barrel must be used for distilling. This is the case for all bourbon, even if you’re making it in your basement. Bourbon is generally made in the US, and most of it comes from Kentucky.

Scotch is defined by its geography. Whisky that is made in Scotland is Scotch. Most scotch whiskys are created using malted barley and it is the defacto whisky served in places like Scotland or England. A whisky made in the exact same manner in Ireland cannot be considered scotch, based solely on its geographic location.

So, all scotch is whisky, and all bourbon is whisky, but not all whisky can be considered scotch or bourbon.

What do you prefer? Scotch or Bourbon? How do you take it? Straight? On the rocks? With soda? Let us know!