Home > Is This That Food? > What’s the Difference Between a Ninja Foodi and an Instant Pot?

Both of these large pots have become popular kitchen appliances. But are they the same thing? Are they interchangeable? 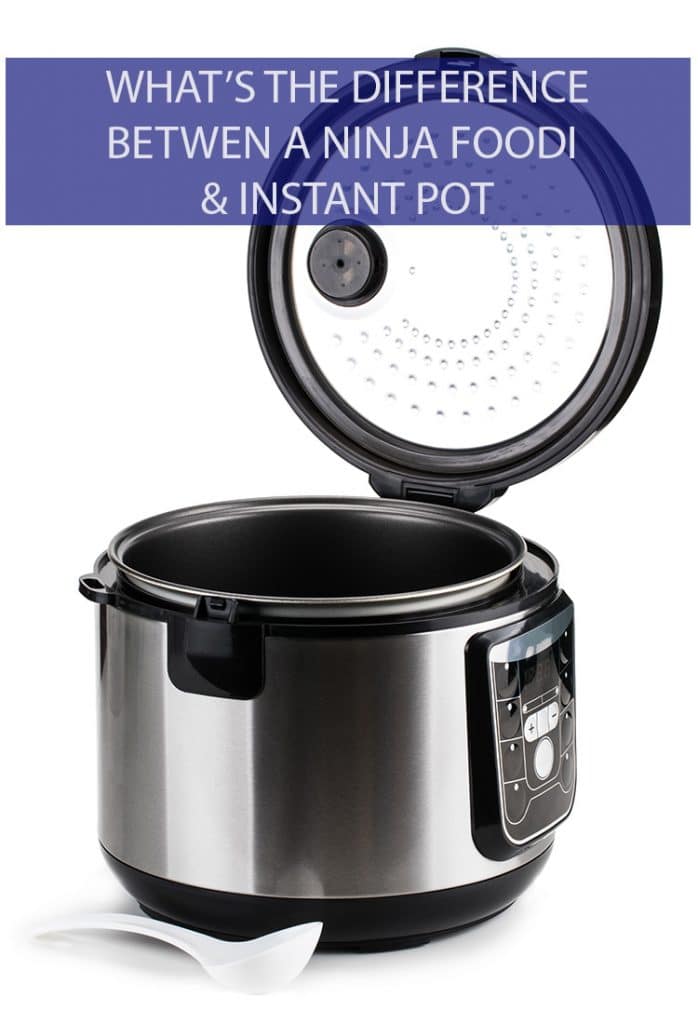 The Ninja Foodi and Instant Pot are two of the “in” appliances in today’s kitchen. Both of them serve vital functions to create meals for the whole family, but there is a key difference.

The Instant Pot is a modern pressure cooker. It also has a slow cooker function, but the less said about that the better. An instant pot is said to replace nine different kitchen appliances including a rice cooker, slow cooker, egg cooker, yogurt maker, saute, steamer, warmer, sterilizer and cake maker.

Its claim to fame is the speed in which it prepares your meals. All of these factors make it one of the most sought after appliances of the modern age.

This appliance can perform the key functions of several different appliances. It is a pressure cooker, dehydrator, and an air fryer all in one.

That means the Ninja Foodi can do everything that the Instant Pot can do, namely slow cook, saute, and pressure cook, while also functioning as other popular appliances. The Ninja Foodi comes with a pan, a fry basket, a wire rack, and a pressure cooker lid.

As one would expect, the Ninja Foodi is more expensive than an Instant Pot. You can get a good Instant Pot for around $90, but Ninja Foodi’s are running more in the realm of $200.