Home > Is This That Food? > What’s the Difference Between Kosher Pickles and Dill Pickles?

A lot of times you’ll hear someone refer to a pickle as a kosher pickle or a dill pickle. Are they the same thing? What’s the difference? 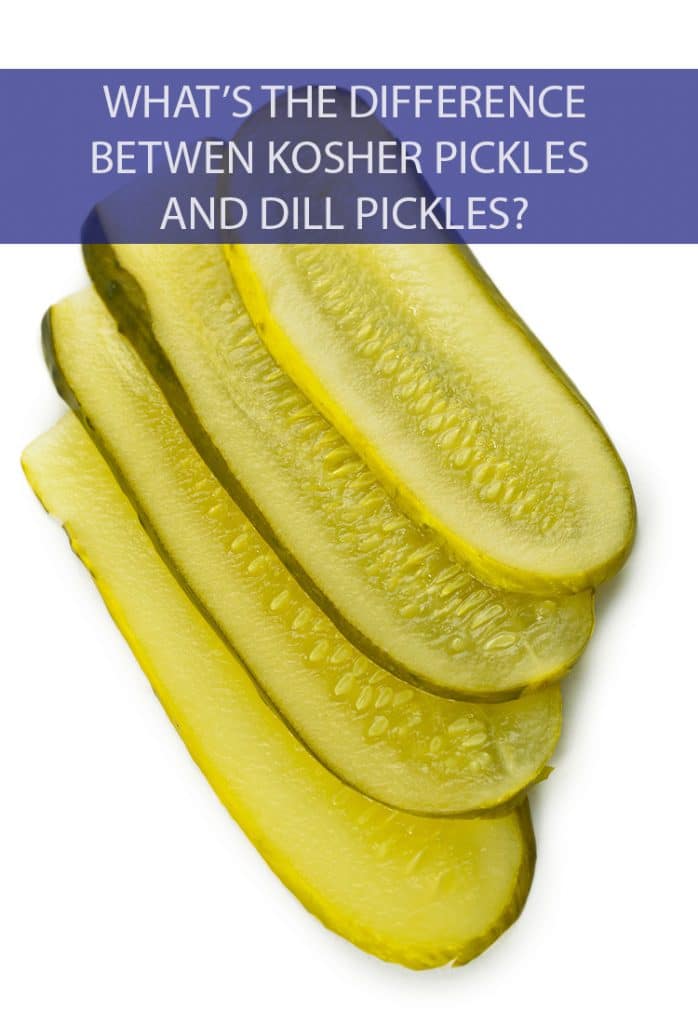 There are Kosher Dill Pickles and Dill Pickles. There are some very minor differences between these two but for the most part, they are the same thing.

A dill pickle is one of life’s simple joys. I love the savory sweetness of crunching into a fresh dill spear. But dill pickles are also sometimes called kosher dill pickles, and people often wonder about the name difference.

For starters, dill pickles are pickled cucumbers, like every other variety of pickle. The main difference is that they are seasoned with dill, giving them their name and their distinctive taste.

A kosher dill pickle is not necessarily overseen by a Rabbi in accordance to Jewish dietary law like other kosher foods. While kosher dills are considered kosher, they get their name from the manner in which they are prepared, namely in the traditional style of a Jewish New York City kosher deli.

These delis are overseen by a Rabbi, and the pickle companies that create these traditional pickles are located in New York.

The main difference you’ll find between a regular dill and a kosher dill is the presence of garlic. Typically, dill pickles that don’t use garlic aren’t considered kosher dill pickles. That’s more of a traditional thing, however, and not a religious dietary restriction. Some kosher dills also use additional pickling spices and differing amounts of dill so it’s not a one size fits all issue.

If you can’t get enough pickles and are looking for creative uses – we’ve got you covered. The Air Fryer makes Fried Pickles so easy and this Dill Pickle Soup comes together in just 15 minutes! 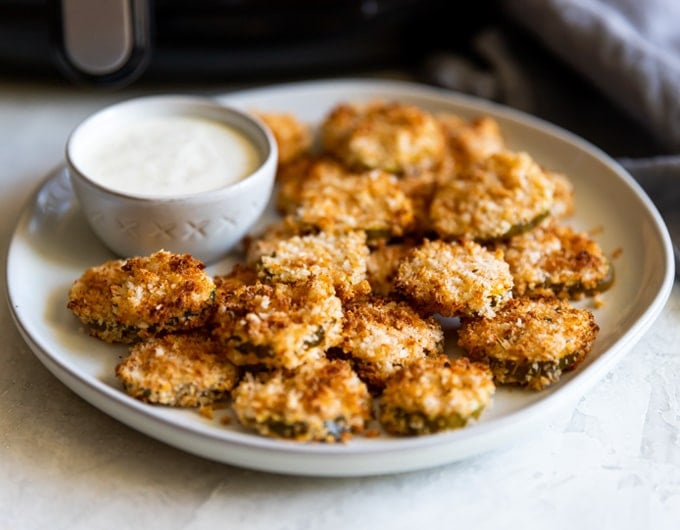 Do you love dill pickles? Can you tell the difference between a typical dill and one made in the New York kosher deli style? Sound off in the comment section below and let us know!