Home > Is This That Food? > Are Beans Fruit?

Beans are often called the musical fruit. But is that accurate? Are beans actually fruits? 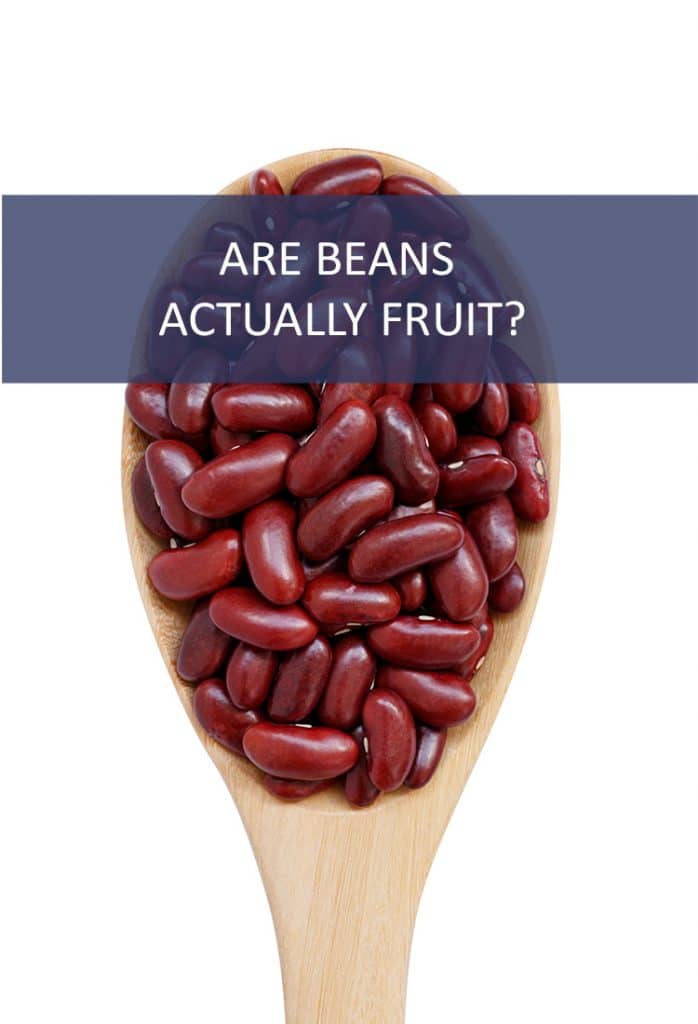 The answer varies on who you ask, but in our opinion, beans are vegetables.

No, I didn’t write that, but I’m flattered that you might think me so clever. This is a fairly common little nursery rhyme children are taught (or at least were in the late 80’s and early 90’s when I was a lad) while learning about nutrition. The basis being that beans cause you to….erm….pass gas, and that this is a healthy and natural part of life.

I never thought much about the line which describes beans as “the musical fruit.” I always just assumed they needed a rhyming word for “toot.” But when thinking about this blog and doing some very early research I quickly realized that this is a topic around which there is much debate! I’ll highlight the arguments here and then give you my take on what I feel is the true classification of everyone’s favorite protein substitute.

I think the confusion that comes along with trying to find a home for beans on the food pyramid is the overwhelming variety of them. Some beans are eaten in the pod, some are not. There are black beans, pinto beans, kidney beans, string beans, and on and on.

Some say that beans are neither a fruit or a vegetable, because they are all legumes. The fruit of a legume comes out in the form of a pod, which opens along a seam and contains seeds within. Some examples of legumes include: alfalfa, peas, chickpeas, lentils, peanuts and, you guessed it, beans.  (If you’re surprised to see peanuts in this list, check out what we discovered makes peanuts a legume.) Legumes are unique in that they are also a good source of protein and can be substituted for meat.

The term legume can apply to the plant itself, the fruit of the plant, and its seeds, so it’s kind of a broad classification. I feel it’s way too broad, but others might look at it as a way of simplifying things. A string bean, for example, is a legume’s fruit. It comes in a pod and we eat it as such. Something like kidney beans are the seeds of a legume’s fruit. So, just calling it a legume is much easier and needs a lot less explaining.

Beans are called vegetables for no other reason than taste and appearance. It’s essentially people saying “forget science, this is a vegetable because we eat it with vegetables.” The United States Supreme Court actually used that reasoning to legally declare beans vegetables in 1883.

Personally, I find the legume classification to be a cop out. If something is the fruit of a legume, it’s still a fruit! So, for me, it comes down to fruit or vegetable. As discussed in my “Are Tomatoes Vegetables?” blog from a few weeks back, it comes down to law of science vs. law of man. And much like before, I’m siding with the laws of humanity and declaring beans a vegetable.

When I think back to my dinner plate as a child, when I was being told to eat my vegetables, string beans were included in that. They’re eaten with dinner, they contain fiber, they are a vegetable. That’s my story, and I’m sticking to it!

What do you all think? Are beans fruits? Vegetables? Legumes? Sound off and let us know!