Home > Is This That Food? > Are Aubergine and Eggplant the Same Thing?

Ever noticed how fried eggplant and fried aubergine taste and look exactly the same? That’s because they are the exact same thing.

Aubergine is a French word, and it is how Europeans refer to what Americans would typically call an eggplant. We call it eggplant because the original aubergine that was brought to North America by immigrants looked like white eggs. This was white brinjals, an eggplant variant that fell out of style when compared to the larger longer purple and green plant we’ve come to know and love today.

Eggplant is actually a species of nightshade, a family of flowering plants that most associate with poison. But that couldn’t be further from the truth. Nightshade, despite its somewhat ominous sounding name, includes tomatoes, potatoes, bell peppers, tobacco, and eggplant among its family members.

Eggplant is commonly used as a vegetable, because of its savory flavor, but like its cousin the tomato, it is a fruit. That’s because it grows from the fertilized ovary of a flower. The flowers which produce eggplant range from white to purple. The fruit has a spiny stem and a meaty texture. Botanically, an eggplant is actually considered a berry, if you can believe that!

Eggplant is a versatile fruit and can be cooked in a variety of ways. When fried they have a delicious softness and taste a lot like soft crabs. They can also be stewed into a nice gravy or baked with breadcrumbs. Because of this, they’re often used as a meat substitute. Eggplant parmigiana is a great alternative for vegetarians dining out at an Italian restaurant.

So, while eggplant and aubergine might be too wildly different words with different origins, they are the exact same thing. If anyone ever asks you if you want eggplant or aubergine, you have my permission to laugh at them and give them this article.

Try some of our favorite uses for this tasty food! We’ve got an air fryer take on Eggplant Parmesan that has all the flavor with less time required, Kale and Ricotta Stuffed Eggplant Rollatini, and even an Eggplant Bruschetta. Which will be your new family favorite? 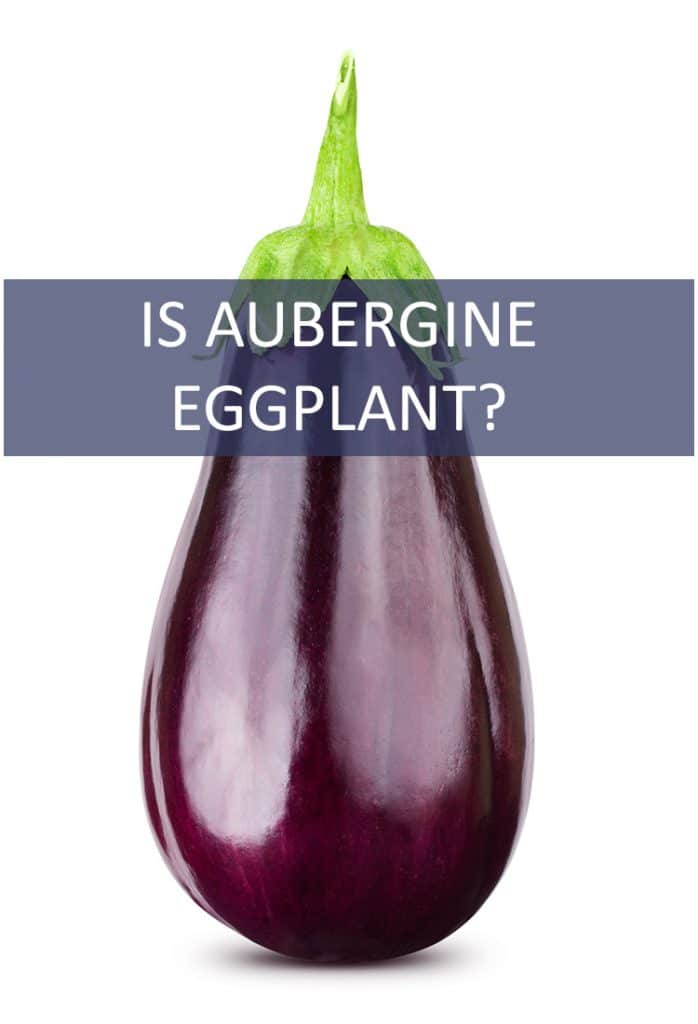