Home > Is This That Food? > Is Celeriac Celery Root?

These words are used interchangeably when discussing root veggies. So, are they different names for the same thing? 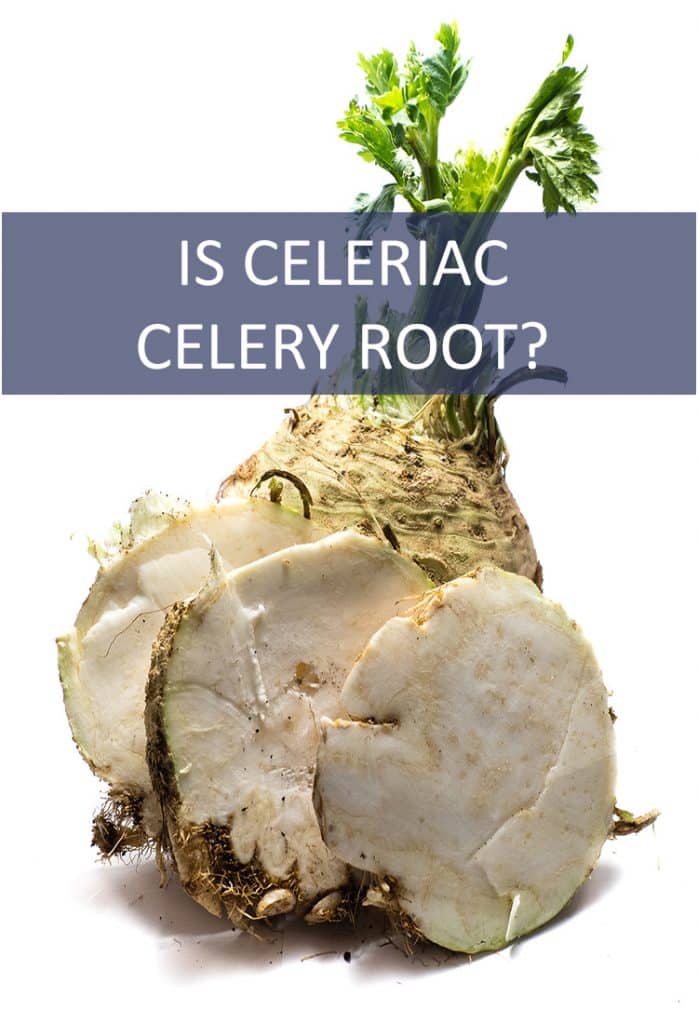 Yes, celeriac and celery root are the exact same thing.

Celeriac is celery root. Celery root is celeriac. They are interchangeable names given to the same awkward looking root vegetable. So, why the confusion? Why two names?

The name celery root is always something that struck me as odd. When you hear that something is called celery root you naturally assume that it’s the root of a celery plant.

Celery root is a completely different plant that’s related to celery, tastes similar, but stands on its own. It should have a different name that showcases this.

Now you see the logic.

As I mentioned above, celeriac tastes an awful lot like its stalky leafy cousin, celery. I’d liken its flavor to celery mixed up with parsley. There’s also a slight sweetness to it that’s absent in traditional celery stalks. The truly stark difference between these two vegetables comes from appearance.

Celery is a stalk veggie. It’s long and green and crisp. Celery is one of the most easily identifiable veggies on the planet, next to the carrot and tomato. (Wait, are tomatoes vegetables?)

Celeriac is a root vegetable, more like a potato or beet than traditional celery. Root vegetables aren’t the most attractive looking plants in the world. And celeriac might very well be the ugliest of the lot.

But once you trim back the top and bottom and peel away the fur, you see that it’s a clean white root veggie that can be used in a variety of wonderful recipes. What’s more, celeriac can be eaten raw. Just make sure you peel away the hairy parts…because eww.

This is a rapidly oxidizing plant once the skin is peeled off. Make sure that you have water at the ready to soak it in if you’re not going to be using it right away. Its similar to a potato and an apple in this regard.

So, celeriac and celery root are one and the same. One sounds like the name of an individual plant, the other sounds like the root of a commonly known plant. But make no mistake, they are two different names for one very versatile vegetable.