Quesadillas in the air fryer can be a disaster if the top tortilla gets blown off. Here are the 3 tricks that keep it in place every time!

Why Make Quesadillas in the Air Fryer

I usually make quesadillas in a frying pan on the stovetop. However, that is an hands-on process and I need to be standing there watching over them the whole time. Making quesadillas in the air fryer allows you to walk away. They’re done fairly quickly, and you do need to check on them a couple of times, but you are free to take care of other tasks without worry.

The Challenge of Making Quesadillas in the Air Fryer

The reason that air fryers are so great is that they have a fan inside that circulates the hot air to help it crispy things up. That fan though can be a pain. It can dislodge lighter weight items and even blow them around.

When it comes to making quesadillas in the air fryer, that same fan tends to blow the top tortilla off, or dislodge it. This is not at all ideal. I have three things that I do when making air fryer quesadillas that solves this problem.

There are three things that you need to do to keep that top tortilla in place. They are 1) to fold single tortillas in half to make half quesadillas instead of full ones; 2) use a stickier ingredient on the top side of the tortilla to essentially glue it in place; 3) after 2 minutes in the air fryer, check on it and put it in place and squish it down. I’ll go through these in more detail for you now.

First, usually when I make quesadillas on the stove, I put one whole tortilla down, top it with fillings, and then put another one on top. If you do that in the air fryer, the top tortilla will likely leave the fillings behind on its windy journey. So, instead, put your fillings on half of a tortilla and then fold the other half over them. In this way, the top tortilla is attached to the bottom. It might still wave in the breeze, but it’s going to stay close at least.

Second, you want that top half of the quesadilla to be weighty. To do that, spread something sticky like refried beans onto it. Then add your other fillings to that, pushing them into the beans. Then, when you fold the tortilla over, give that a bit of a squish so that the beans are helping everything stick together. When you put the quesadilla into the air fryer, make sure that the side with the beans and toppings stuck to them is on top. It is heavier than just a tortilla now and it will be less likely to move around.

Finally, check on your quesadilla after about 2 minutes. If that top tortilla has started to move around, you can catch it early and get it back into place. By this time, any cheese in there is probably melted too, so if you push down on the tortilla once it’s in place, the cheese will help it stay down even more.

Note, quesadillas with less filling tend to have the above problem less than those that are loaded with fillings. Using refried beans, cheese, and just a bit of chicken is ideal.

Using a Weight Instead

If you want a simpler technique than the above, you can use something a tad heavy to weigh down the quesadilla. You don’t want anything as heavy as a sandwich press, or even a small cast iron skillet. That will smoosh it too much.

I have metal saucepans with lids and those lids work well. They’re just enough to withstand the breeze in the air fryer without making the quesadilla into a pancake.

What you’ll do is make a full-sized quesadilla (not the half one in the recipe below). Spray it on both sides with cooking spray. Put it into the air fryer with your weight on top for 4 minutes. Remove weight (use oven mitts since it will be HOT!). Cook without the weight for another 3 minutes. Flip the quesadilla over and cook until brown, 2-4 more minutes.

If you’re not using a weight, well, you already know the important parts from above. The only thing left is that you do need to spray the outside of the tortilla with cooking spray. You can use a store-bought spray or an oil mister.

I can fit two quesadillas in my air fryer at a time. Each one uses a single 6 inch tortilla that is folded in half with fillings inside. Note that if I do two at once, the last bit of cooking time tends to need an extra minute.

I don’t pre-heat the air fryer for quesadillas. I just put them in there cold. I cook them at 400F, which is hotter than other recipes that I’ve seen online, but it works for me. You’ll cook for 2 minutes and then check to make sure the top hasn’t dislodged. Either way, use a spatula to push it down a bit at this point. Then cook without flipping for another 3 minutes.

At this point, the top might be lightly brown but might not be. It will be a bit crisp. The bottom will seem a tad soggy. Don’t worry. Flip it over and cook it for another 2-4 minutes. In that time, the top gets nice and browned and the bottom crisps up a bit more.

Take them out and let them cool for a minute before serving. They’re going to be very very hot so be careful when you go to eat them. I use a pizza cuter to slice mine. 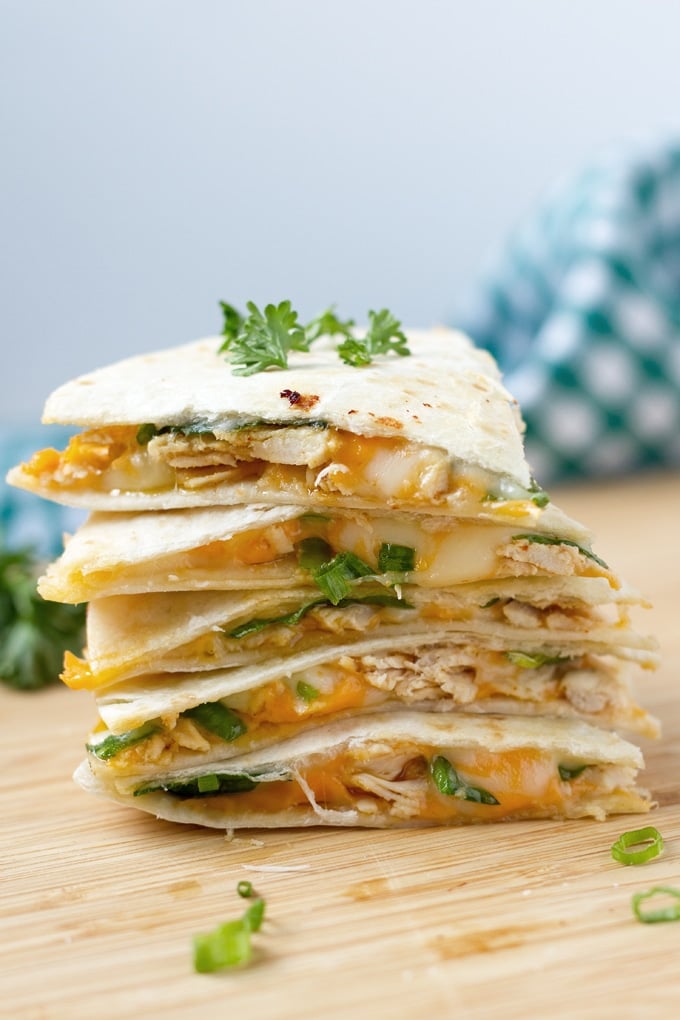 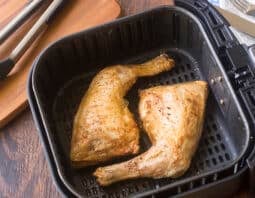 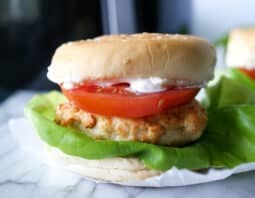