There is nothing like roasting Brussels Sprouts in the air fryer. It’s super fast and convenient for weeknight meals.

Cooking them in a mixture of olive oil and balsamic vinegar is our go-to side dish. Adding a little honey to the mixture helps mellow the flavors. It also caramelizes, helping the vegetables get extra crispy.

To make these crispy Balsamic Brussels Sprouts in the air fryer, start by preparing your sprouts. I like to use medium Brussels sprouts, about an inch across, cut in half to increase their surface area. If your Brussels sprouts are bigger or smaller it’s ok, but try to choose ones that are roughly the same size so they all cook at the same rate. If you have a variety of sizes, cut the biggest sprouts into thirds or quarters to even things out.

Next, add the sprouts to a mixing bowl with olive oil, balsamic vinegar, salt, and pepper. Give them a good stir so they all get coated with the oil and vinegar mixture. It doesn’t look like much, but I promise there’s enough to go around as long as you mix the sprouts. Let them sit and marinate for a few minutes while your air fryer heats up.

Gently lift the sprouts out of the bowl, letting any excess liquid drip away, and add them to the basket of your air fryer.  Air fry at 360°F until the sprouts are tender and beginning to crisp. Then drizzle them with honey and crank the heat to get them nice and crispy and caramelized.

Want to try another flavor combination for your Brussels sprouts? You’ve got to check out these Cranberry Glazed Sprouts recipe.

This post originally appeared in January 2020 and was revised and republished in October 2022. 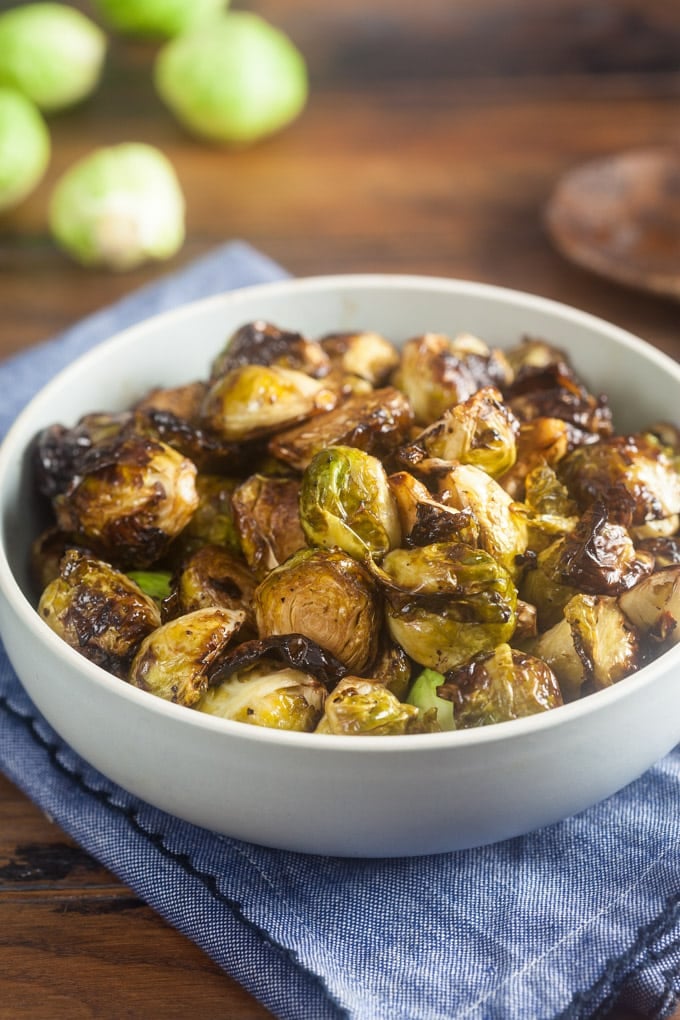 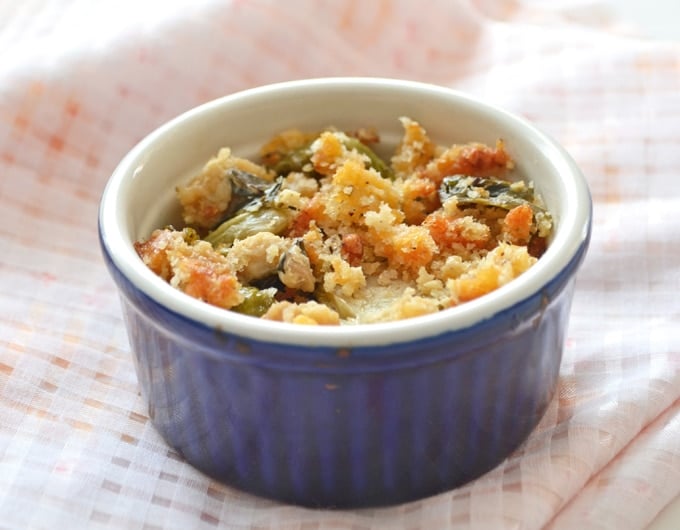