Learn how to shred lettuce in an easy way without any special tools.

If you’ve ever tried shredding a head of iceberg lettuce on a box grater, you already know that it doesn’t work well. And the shredded bagged lettuce often has an unusual odor and flavor from the preserving process to give it a longer shelf life in grocery stores.

So what do you do when you want beautifully shredded lettuce for something like your amazing chicken tacos? Let me help.

Video: How To Shred Lettuce

The best way to shred lettuce is by keeping it simple and using a good sharp knife and cutting board. That’s it!

Slicing the lettuce into very thin strips is much easier, faster, cleaner, and safer on your knuckles than using a box cutter. I’ve also seen people use a food processor, but you have less complete control over the size of the shredded lettuce with a food processor, plus, there’s a lot more cleaning involved after that too.

How To Shred Lettuce Easily

If your cutting board tends to slide on your counter, secure it by placing a non-slip mat or wet paper towel underneath it. That will stop it from slipping.

To shred the lettuce using a chef’s knife, first remove the core of the lettuce, which is the center portion attached to the stem end. The core isn’t as tender as the lettuce leaves and slightly bitter, so removing it removes those parts of the leaves. In addition to removing it for those reasons, it also holds all of the leaves together. Since we’re after beautiful shreds, we want every lettuce leaf to be independent of the core.

To easily remove the core of the iceberg lettuce, insert a paring knife to either side of the little rough circle that used to be the stem where the lettuce was connected to the plant. The paring knife should be at a slight angle toward the center of the lettuce. Then using a gentle up-and-down sawing motion, cut all around the stem until you’ve completed a circle around it with the paring knife.

Using your fingers, gently pull on the stem, wiggling and pulling it away from the lettuce until the stem and core release from the lettuce. The core and stem can be discarded.

Place the head of lettuce core-side-down on the cutting board.

Using a chef’s knife this time, cut the head of lettuce in half. Working with one half at a time, place one of the halves, cut-side down on the cutting board.

Begin making very thin slices from one side of the head of lettuce to the other. The thinner the slices, the finer the shred will be. I like to slice along the length of the lettuce leaves, as shown below. This gives medium length shreds.

If you want your shreds to be longer, you can instead turn the lettuce so that you are slicing along its longest part. If you want them shorter than in the picture above, cut the shreds in half or thirds.

How Many Cups In A Head Of Lettuce?

An average-sized head of iceberg lettuce will yield about 8 cups of shredded lettuce.

Shredded iceberg lettuce will stay fresh in the refrigerator for several days in an airtight container or breathable bag. I’ve found the best way to store it for up to five days, however, is to place the lettuce in a reusable zipper bag with a few damp paper towels.

I will also say that while it does keep fairly well, it does sometimes go rusty quickly. You may have to pick out some less nice strands. Because of that, I tend to only slice/shred what I need and then store the remainder of the head intact, in a plastic bag with damp paper towel.

It’s easier to cut off chunks that have gotten less nice, or pull off outer leaves, than it is to sift through the strands. But since shredding lettuce using the method above is so easy and involves so little cleanup, it’s easy to do it as I need it. 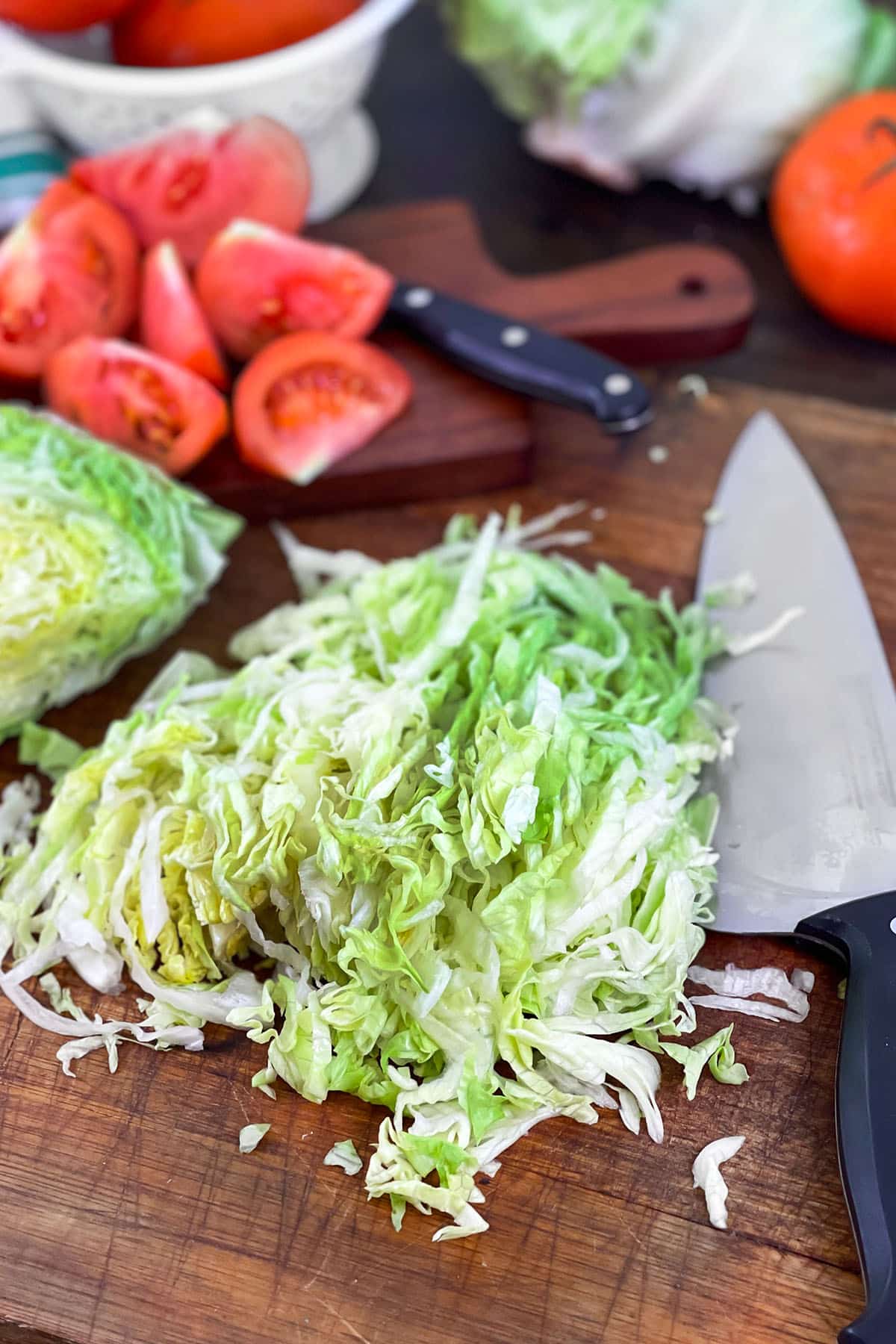 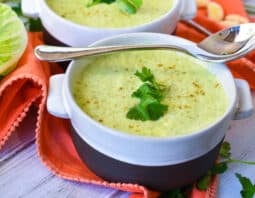 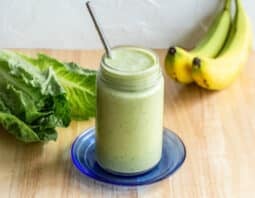