Kir Royale combines Champagne and a black currant liqueur to make a delectable cocktail. If you’re feeling adventurous, we have some cool variations to try as well.

This is one of the best drinks ever. Partly because I like saying its name: Kir Royale. You say the “Royale” part in a French way. Not like English royal. It’s an all French rrroy-aaaal. You know, the way you say “Royale with Cheese.” Ha! Gotta love that!

So pretty, that drink. All blushing and sparkling.

It’s super easy to make too. You pour half an ounce (that’s 1 tablespoon) of the creme de cassis into a Champagne flute. Then top with your Champagne (a dry one is a must. See our guide to sparkling wine choices for cocktails here.) Then drink!

Some Kir Royale variations for you:

I think I’m going to stick with the Royale! 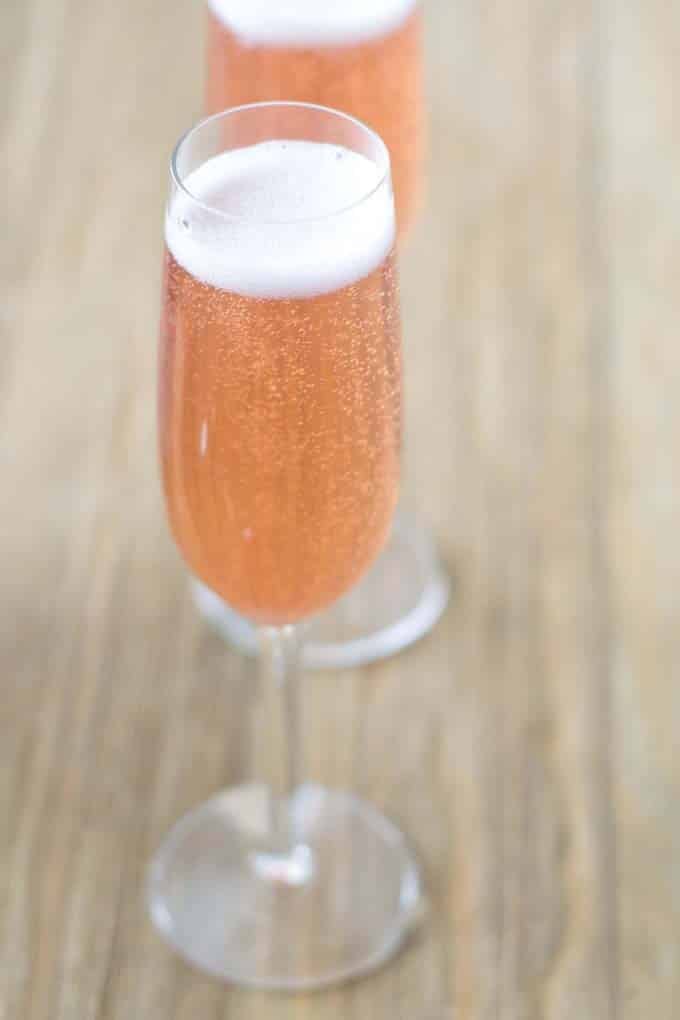 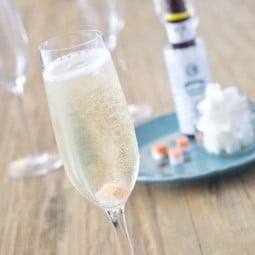 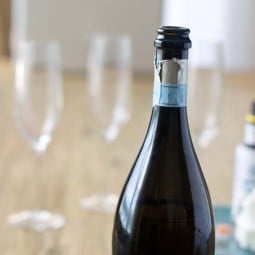