Chicken thighs are really meaty in flavor. When coming up with a marinade for them, I really wanted to highlight that meatiness. I therefore didn’t go with bright and light flavors like lemon and parley, but instead with richer, deeper flavors like balsamic vinegar and toasted sesame oil.

The result is a really meaty and flavorful marinade that enhances the chicken thighs and gets them ready for however you want to cook them.

What does a marinade do to chicken thighs?

Contrary to popular belief, a marinade doesn’t really tenderize meat or poultry. Marinades don’t typically penetrate very far and so they aren’t great at tenderizing. Instead, they are mostly there to add flavor to the surface. See here for some great marinating myths.

Since chicken thighs are already very tender and juicy, using a marinade just for flavor is perfectly fine. If we were talking about chicken breasts, I might recommend a brine instead of a marinade since the breasts are drier. But there is no need to brine chicken thighs at all. Just a bit of added flavor from a marinade is all that you need. (If you’re uncertain about the difference between a brine and a marinade, head here to get some clarity).

Your marinade, therefore, needs to have some good flavorful ingredients. The marinade recipe below uses sesame oil, balsamic vinegar, honey, and soy sauce as the main flavor ingredients.

What Ingredients To Use in a Marinade

Marinades typically have three main components: acid, fat, and flavor. There’s a lot of debate about what the first two components actually do to the meat. It’s pretty clear that they don’t tenderize it though. And in fact, too much acid can actually toughen the meat instead of tenderizing it.

The acid is therefore there mostly to add flavor. People sometimes say that the fat is in a marinade to help fat soluble flavors travel into the meat but it’s not clear that that is what happens. Instead, for me, the fat is in the marinade to balance the acid and to make sure the marinade isn’t so acidic that it toughens the meat.

For this marinade I’ve gone with balsamic vinegar, which isn’t as acidic as some other vinegars. I’ve also used a blend of olive oil and melted butter for the fat.

The olive oil is there to cut the acid and the butter is there for richness. There’s a touch of sesame oil in the mix too. That’s there for flavor.

Marinades often contain a bit of salt. I can never tell if this has the effect of a brine, where the salt forces the liquid and flavor into the meat. I suspect that it isn’t enough salt for this reaction to happen though. Instead, I think the salt in marinades is just there for flavor. In the marinade below, I haven’t put any salt on its own, but the soy sauce is salty. I recommend that you use a full-sodium variety of soy sauce here, or that if you use a reduced sodium variety, you add a bit of regular salt to the marinade as well (1/2 teaspoon of salt will do the trick).

How long should you marinate chicken thighs for?

I often see recipes that say to marinate overnight or for 24 hours. In my experience, this is too long. The meat ends up tougher, not juicier. In our guide to marinades over here we say that smaller pieces of meat should only be in the marinade for around 2 hours. Chicken thighs are definitely small and should use that same amount of time.

I also see people freezing their chicken in the marinade. I have actually never done this so I can’t say for sure what happens. I’m positive that the meat ends up full of the marinade flavor. However, I suspect that it also ends up tougher as well since it is marinating while it freezes and then again while it defrosts. The total time of unfrozen marinating is probably at least 8 hours and maybe as much as 16. I therefore don’t recommend this technique.

How to cook marinated chicken thighs

Once your chicken thighs have finished their time in the marinade, they can be cooked in any way you’d like. Here are some of my favorite ways to cook marinated chicken thighs: 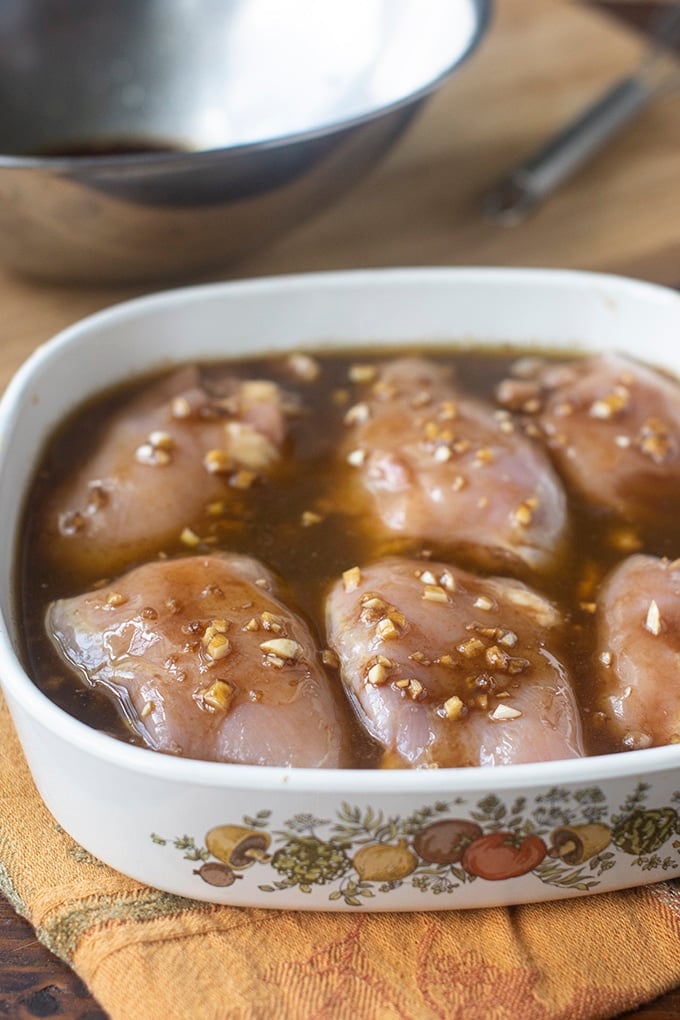 How to Defrost Chicken Thighs 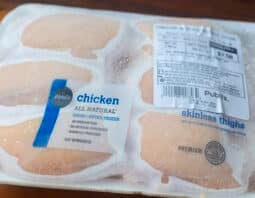 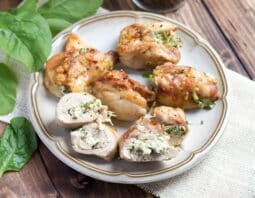